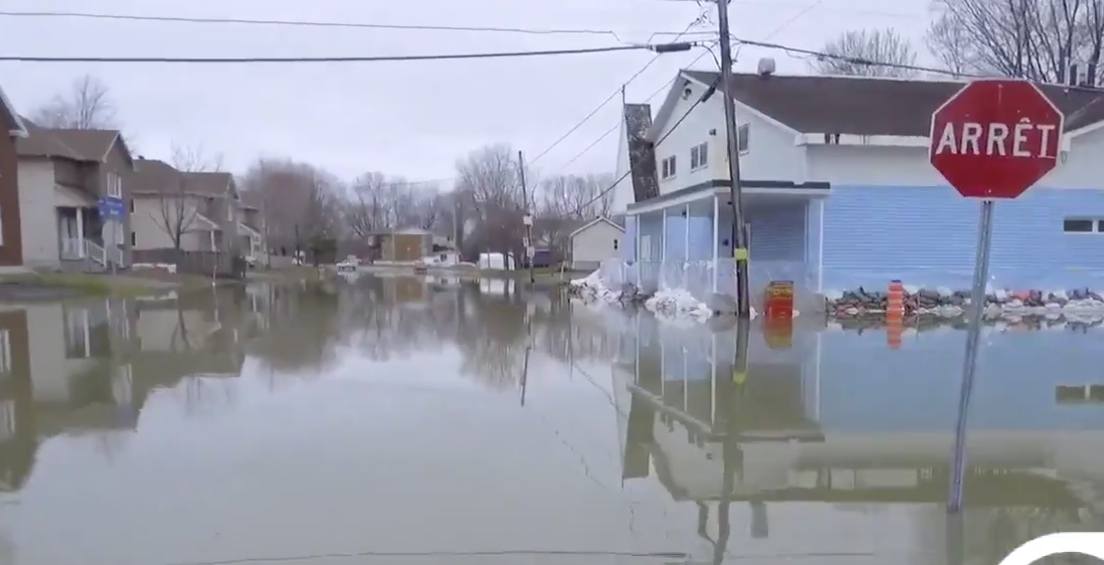 A weekend full of rain along with the aftermath of the spring thaw has caused major floods throughout the province.

More than 2,200 homes have been affected and over 1,200 residents have been evacuated as a result, according to Urgences Québec.

Warming temperatures, combined with more rain, according to weather officials, means that floodwaters are likely to continue rising throughout the week.

Urgence Québec says that areas like Rigaud, Beauce, Rivière-des-Prairies, and Sainte-Marie continue to be under severe flood watch.

Emergency officials, volunteers, and municipal workers have been filling sandbags in an effort to protect citizen’s properties.

The Red Cross has called on the generosity of the public by launching a Flood Relief Fund to help raise funds for the victims.

According to the Red Cross website, funds will go towards “fixing the most pressing needs and to support the victims upon their return home.”

The online campaign says that if the foundation raises enough money, it could be provided to families to cover expenses related to evacuations.

Quebecers who have been affected by the flood, or people willing to donate, can register through the Red Cross website.