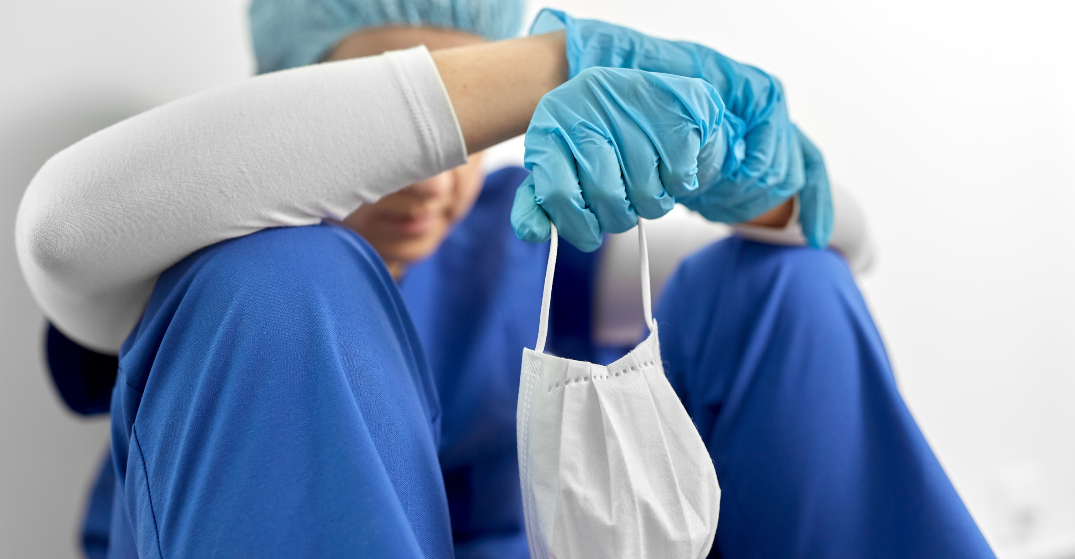 The Quebec government announced it will offer bonuses as high as $18,000 to nurses who increase to full-time work across the province’s public health system.

Quebec is grappling with an “urgent shortage” of workers amid an uptick of COVID-19 cases, stress, and fear of the Delta variant.

Premier François Legault unveiled the province’s new initiative on Thursday, claiming that Quebec is investing close to $1 billion to the cause. He says the situation is exceptional which requires “exceptional measures.”

Legault says the province is currently short 4,300 nurses throughout the healthcare sector and called the plan a “mini revolution” to help stabilize numbers. He noted that 40 percent of the province’s nurses work part-time.

The premier says Quebec will give a $15,000 bonus to nurses who increase their workload from part-time to full-time. He says the incentives also include offering retired nurses $12,000 to come back to work full-time.

The incentives will be available for all nurses in the province for the next 12 months and include any new nursing hires into the public sector. Legault says the goal — which he says is “thinking outside the box” — is to find 4,300 more full-time nurses.

The premier says the nursing shortage has been aggravated by nurses who have been forced to work overtime and who have been on the front lines of the COVID-19 pandemic for over 18 months.

Legault reiterated that the overall goal is to offer nurses a better work-life balance with improved working conditions but said in order to do so, the province must first increase in nurse staffing numbers.

Earlier in September, Quebec announced that nurses who aren’t fully vaccinated against COVID-19 by October 15 will be suspended without pay.