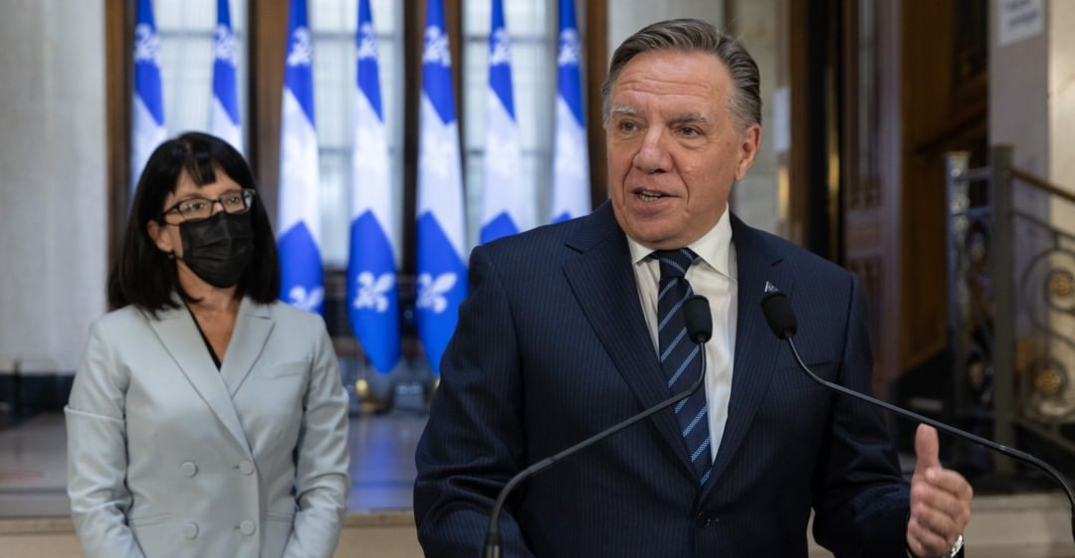 The Quebec government tabled a bill on Thursday to ban anti-vaccine protests that would take place close to hospitals, schools, daycares, and COVID-19 testing clinics.

Fines range from $1,000 to $6,000 for protesters who defy the proposed bill, officially called Bill 105. Demonstrations could take place within 50 metres of the aforementioned institutions. Getting closer could result in penalties.

Quebec Premier François Legault said he understands that it is “difficult” to restrict citizen’s right to protest but admitted, “frankly, there are limits.”

“We must spare our children, those who are sick and the workers in the health network who take care of our loved ones during a pandemic that affects them all,” he said in a French social media post.

The Quebec government says Bill 105 is a direct response to anti-vaccine protests that took place outside hospitals, vaccine clinics, and schools across Quebec in recent weeks.

Legault said he is “most shocked” by how it must make healthcare workers feel. “These women and men have been giving their body and soul for months to treat COVID patients despite very difficult working conditions.”

The premier said Bill 105 was “necessary,” claiming his patience with protesters had “reached its limit.”