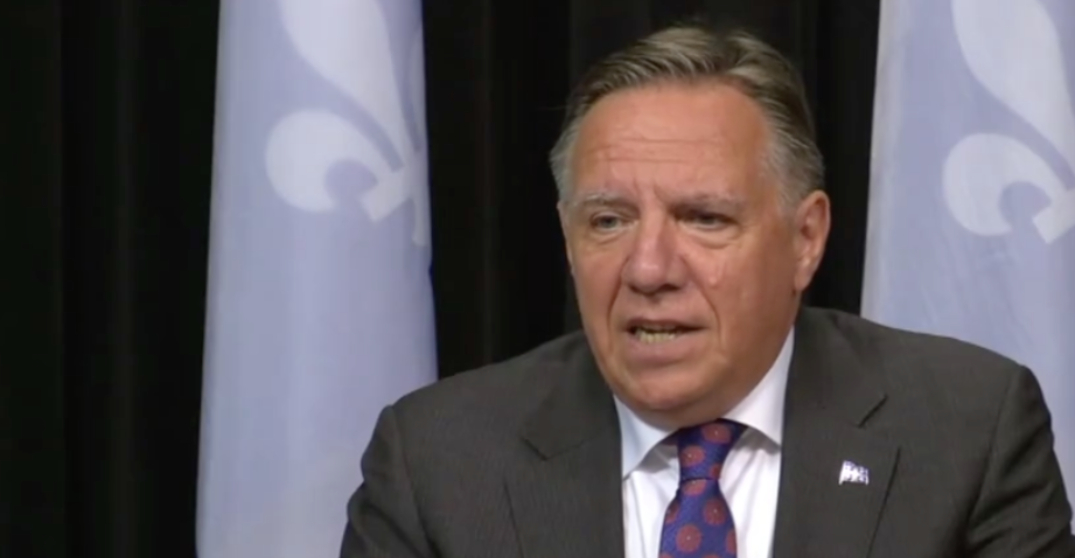 The Quebec government has announced that the COVID-19 vaccine will be mandated for all healthcare workers in the province.

Healthcare workers include “any person who is in direct contact with vulnerable people for 15 minutes or more,” said Arruda. He gave examples of cleaning crews, nurses, doctors, cardio respiratory staff, and people who have “direct contact” with clients.

The government says they haven’t finalized what could happen to healthcare workers who refuse the vaccine but said they are looking into “administrative measures” that will be discussed in the coming weeks.

Legault said he is suspending his tour of Quebec to start again being prudent “even more than ever before.” He said in two weeks, students will be back at school and says experts believe cases and hospitalizations will increase when school reopens.

He also added that all CEGEPS and universities in the province will be mandated to wear face masks everywhere on campus, including in classrooms. An announcement is coming for elementary schools and high schools in regards to face mask usage before September 1.

The premier said the government wants to do a “blitz” in the next two weeks to get as many Quebecers fully vaccinated “as quickly as possible.”

“I’m calling on all Quebecers to make an appointment or go to walk-in clinics,” said Legault. “If ever some people are worried about the side effects, you have to know it’s very clear, the risk of COVID-19 is much worse than any potential side effects.”

Legault said 90% of staff in healthcare facilities are already vaccinated but said the remaining 10% is a “true rusk,” citing public health.

The premier said teachers, and employees of the government won’t be mandated to get the COVID-19 vaccine, “for the time being.” He said it’s “not an easy decision to make.”

“The fourth wave is here, it is strong and the Delta variant is very contagious,” concluded Legault. “There is a true risk when it comes to hospitalizations and deaths. I call on you to go get vaccinated.”