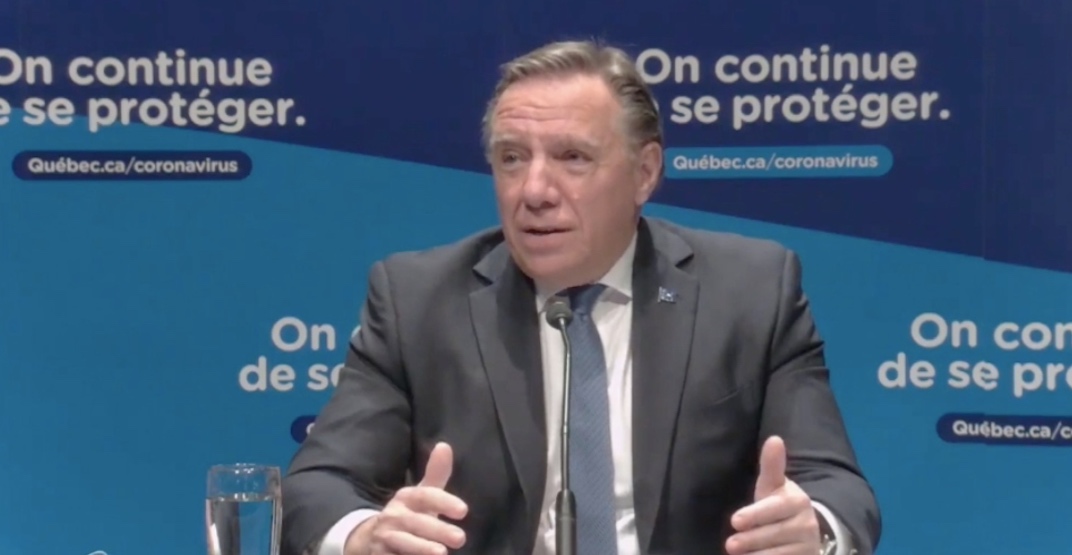 The Quebec government will be launching an “inspection blitz” to ensure workplaces in red zones are following COVID-19 health protocols.

On Monday, premier François Legault announced it will be extending restrictions for red zone areas in the province until November 23.

Initially set to end on October 28, Legault said in a press conference from Montreal that “1,000 cases per day is too much, we have to bring those numbers down.”

The premier said that businesses who don’t follow public health’s COVID-19 guidelines could “face sanctions and even closures.”

Earlier on Monday, 200 Quebec gyms, dance, yoga studios, and martial arts centres said they intend to reopen on October 29, regardless of the government’s restrictions.

The coalition said in a press conference that an extended lockdown will force them out of business. Legault said he understood the importance of citizen’s mental and physical health but stood firm on the government’s decision.

“Gyms cannot reopen,” he said in French. “We must choose the less worst situation. The gyms will have to respect the law and police forces will make sure of that.”

Legault said that efforts to limit the spread of COVID-19 in red zones have “paid off” in the past month but urged that now isn’t the time to loosen restrictions. “We’re able to stop the virus when we all do our part,” he said.

In Quebec’s red zones, restaurants, bars, gyms, entertainment venues, and some services will remain closed until November 23. Restaurants are allowed to exclusively provide take out or delivery.

The government said it will “re-assess” the situation in two weeks and Legault said some restrictions could be eased if cases, deaths, and hospitalizations drop.

He concluded that cases need to reduced in the workplace and citizens should limit themselves to two activities, work and school.