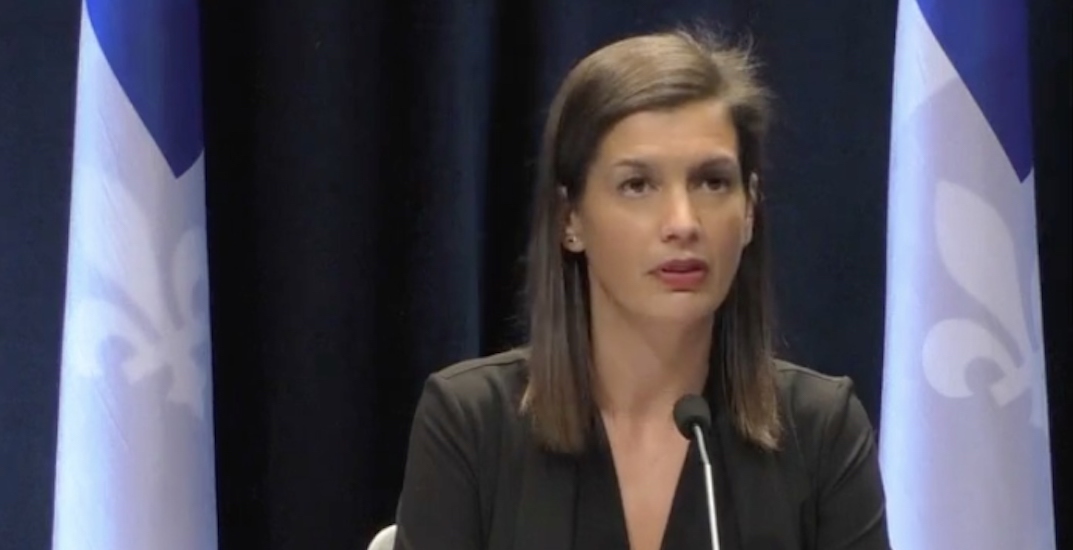 During a press conference from the capitol on Friday, Deputy Premier Geneviève Guilbault said surgeries and cancer treatment could be put off if the number of COVID-19 cases and death continues to increase as a result of citizens not following the rules.

Guilbault said Quebec City and Chaudière-Appalaches residents — both red zone regions — have begun to “let their guards down” and the deputy premier called on them to start limiting socializing.

She says she’s worried the public is no longer taking the government’s health directives seriously, claiming the two regions have reached a “tipping point.” She says certain regions are “heading for a wall” at the current rate. “The healthcare system might not be able to take care of you anymore in certain cases,” she said in French from Quebec City.

“This is hard facts, but this is the reality,” she continued. “Imagine if you can’t be tended to for a hip replacement or if your cancer diagnosis is delayed and treatment can’t be cared for.”

The Quebec government does not want to implement a full lockdown and Guilbault said the province will do everything it can to prevent closing schools.

Guilbault says red zone regions in Quebec are “on the brink of a service breakdown” and cited that the number of cases in the Chaudière-Appalaches have quadrupled while deaths have increased by five.

She concluded that Quebec City ranks first throughout the province in active cases.