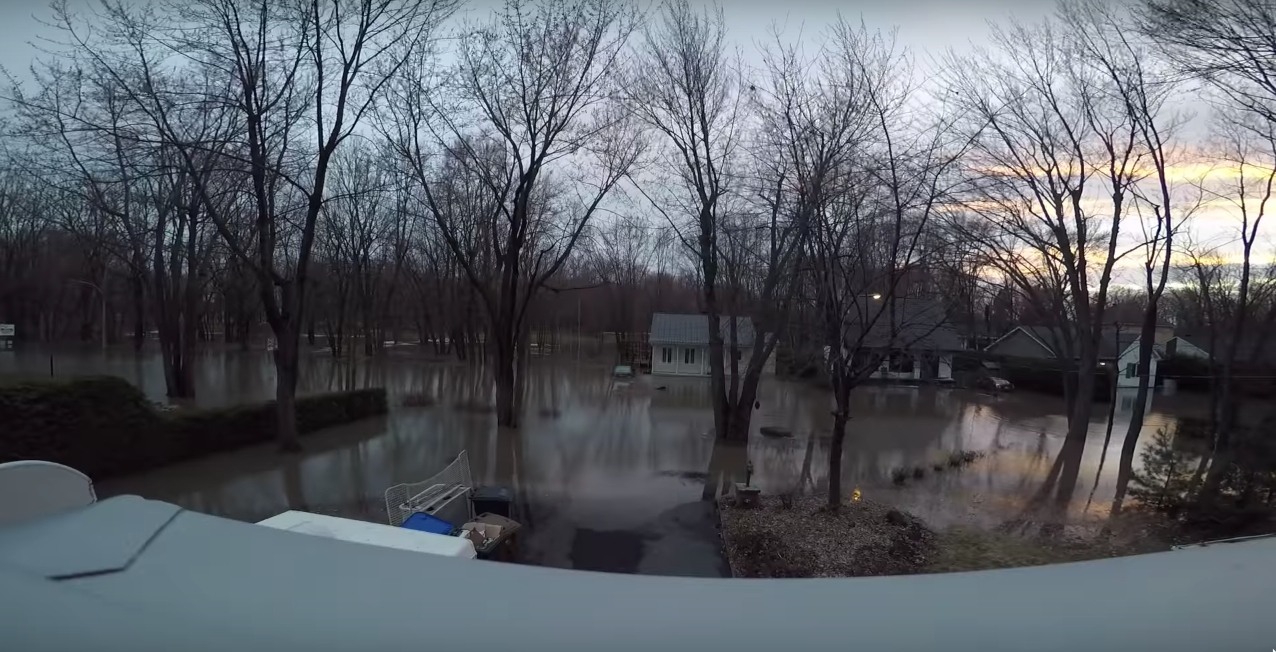 A resident of the tragically flooded town of Sainte-Marthe-sur-le-Lac posted incredible timelapse footage that shows the vast differences of water levels during the floods.

In a video posted to YouTube, Karl George says he set up a GoPro camera on his house to capture footage of the rapidly ascending water levels to give outsiders a real perspective of how quickly things changed.

In a corresponding Facebook post, George says the footage took place before the town was told to evacuate.

George, who lives with his wife and two kids, says they had 15 minutes to leave their home which was built in 1992.

The family claims to have lost most of their belongings but report that they’re all currently safe and in good health.