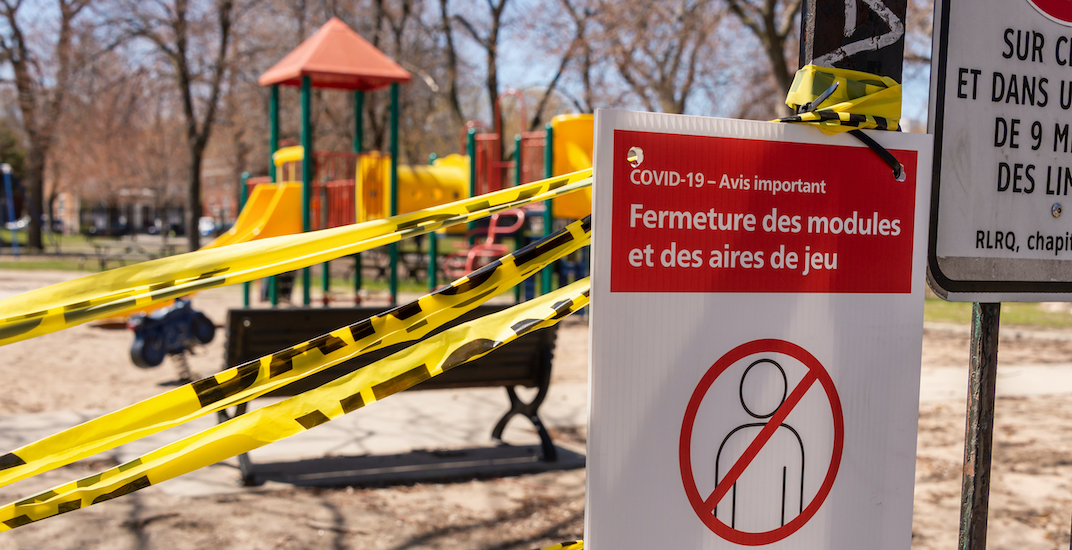 The government has raised the alert level for two more Quebec regions as the second wave of COVID-19 continues to surge across the province.

Laval and Outaouais were previously in “zone yellow.”

The green, yellow, orange, and red colours measure the risk posed by the virus in specific Quebecois regions.

Dubé said Quebec is in a state of “community transmission” and says the second wave of COVID-19 is putting the province’s “already fragile healthcare network” at risk.

The “zone orange” calls for a moderate alert and mandates bars and restaurants to stop selling alcohol at 11 pm and to close by 12 am. A maximum of six customers are allowed to sit at the same table, down from 10 in “zone yellow.”

Indoor private gatherings are also capped at a maximum of six, down from 10.

Large-scale events, such as religious services and weddings, will be capped at 25 people, down from 250.

At venues where people can stay seated, such as theatres or music venues, the limit is still 250 people in orange zones.

Dubé says Quebecers must remain vigilant in the coming weeks and urged everyone to continue following guidelines as “every one of us can make a big difference.”

As of Tuesday, there are now five regions in Quebec’s orange level — Montreal, Quebec City, Chaudière-Appalaches, Laval, and Outaouais.