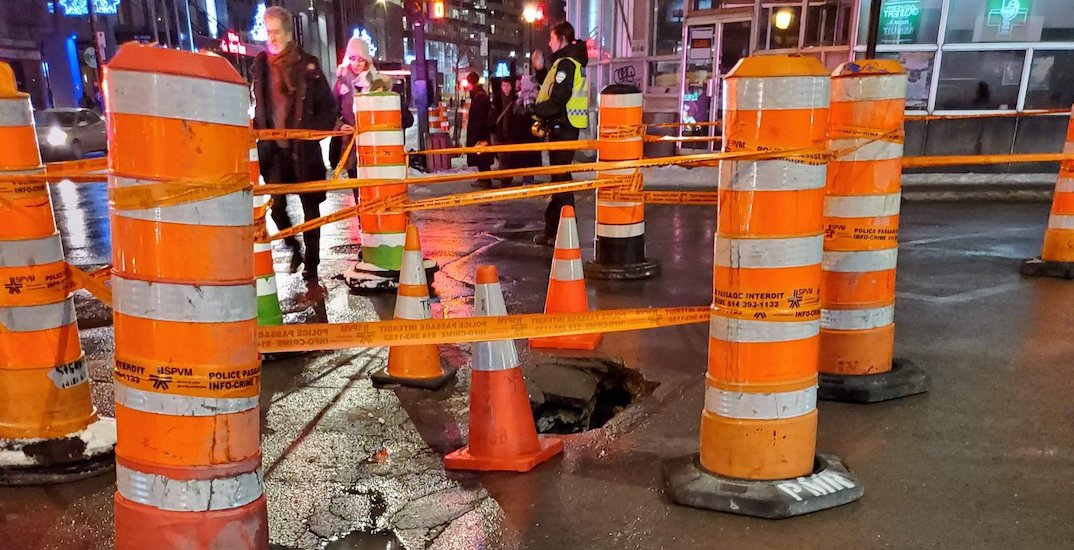 In classic Montreal fashion, a section of Parc Avenue was shut down on Wednesday night as city staff tended to “emergency work.”

A dozen orange construction cones and a mega pothole, surrounded by perimeter tape, closed off traffic between Sherbrooke and Milton Streets after the small crater appeared in the northbound lane on Wednesday afternoon.

City workers didn’t announce the cause of the crater but construction work is scheduled to begin on Thursday morning.

Fortunately, no injuries or collisions were associated with the pothole on the busy street but STM buses were routed.

For Montrealers wondering where the city’s frequent potholes come from, let’s not rule out the possibility that there could be some sort of mother-alien pothole that spawns road craters all across the city.