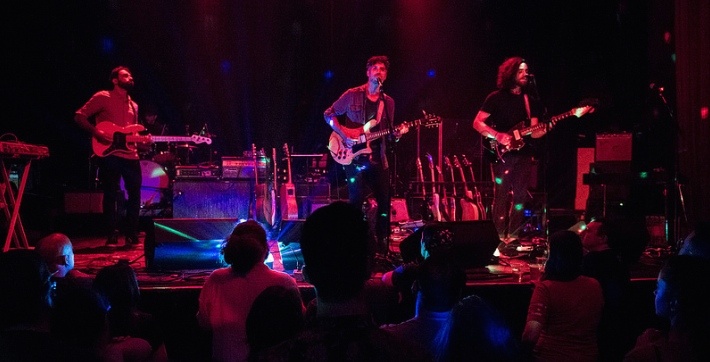 The 17th edition of the POP Montreal International Music Festival has unveiled their headliner lineup for next month’s 5-day event.

POP Montreal provides fans with the next generation of musical talent and independent art forms.

The festival delivers an impressive cross-section of art events that include concerts, symposium discussions, artisan and visual art exhibitions, fashion shows, ﬁlm screenings, and a couple of all-night parties.

The first wave of talent for the 2018 edition of the festival has been announced. As always, the festival prioritizes diversity and creativity when selecting the line-up of international artists.

Take a few of the headliners for example, SOPHIE specializes in electronic pop and synthesizes “hyperkinetic” music, while Wanda Jackson dubs herself as the queen of the rockabilly music genre. Wolf Parade is an indie rock band from Montreal and Kilo Kish is an American pop R&B singer. 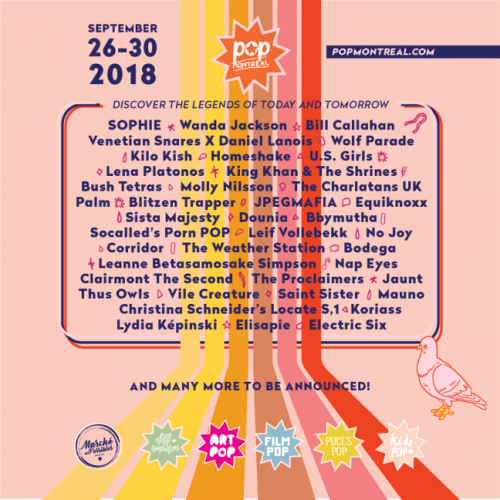 From garage disco-punk to moody dance-pop and Franco Carribean tunes, POP Montreal offers its audience a range of music that’s like no other as it welcomes over 400 artists to this year’s festival.

Tickets are available on the POP Montreal website and range from $115 for the Discovery Pass, access to every show throughout the fest and line skipping privileges, to $10 to $60 per single ticket admission.

A $400 VIP pass is also available which includes priority entrance to every show, backstage privileges and invitations to VIP cocktails.

Be sure to check out their website for full locale listing.