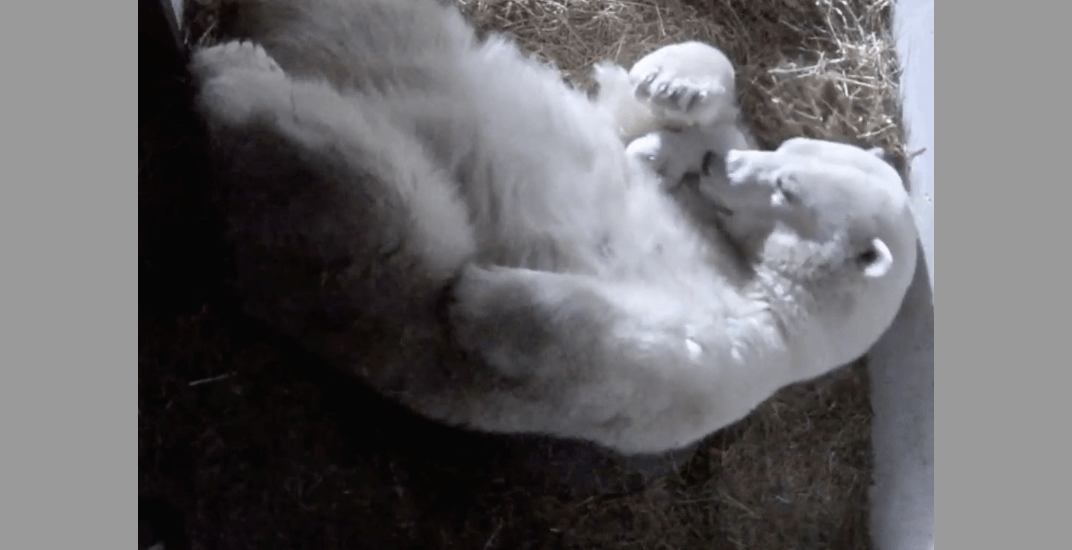 Forget the Polar Express this holiday season. How about adorable polar bear cubs instead?

In what the Saint-Félicien Zoo sauvage calls an “extremely rare event,” two cubs being born to two different mothers is very rare in the same year, let alone within 16 days of each other.

“It is excellent news for the genetic diversity of the species,” reads the statement. Polar bears are classified globally as ‘vulnerable’ by the International Union for the Conservation of Nature (UINC).

Milak, a 10-year-old female, arrived at the in Saint-Félicien Zoo on December 10, 2014, from Aalborg Zoo, in Denmark.

During a regular visit on December 11, a trainer within the zoo saw a white spot near Milak and couldn’t believe that she had given birth. Signs of gestation are difficult to detect in polar bears.

The sex of the cub will only be determined in the coming weeks.

Milak’s cub comes mere weeks after Aisaqvak, the zoo’s other female polar bear, gave birth to a cub on November 27, who are both since “doing wonderfully well,” according to the zoo.

The cub births are very important for both the zoo and the worldwide population of the species. Polar bear populations are decreasing in the wild, as well as in captivity.

In 2006, there were 364 polar bears in institutions worldwide versus only 298 individuals in 2015. Reproduction of the species is especially difficult in an institution, which explains why such events are so rare. This is a second cub for Yellé, a 13-year-old male, who is also the father of the cub born on November 27, which contributes to the genetic diversity of the species worldwide.

The evolution of both cubs can be followed on the zoo’s Facebook page.