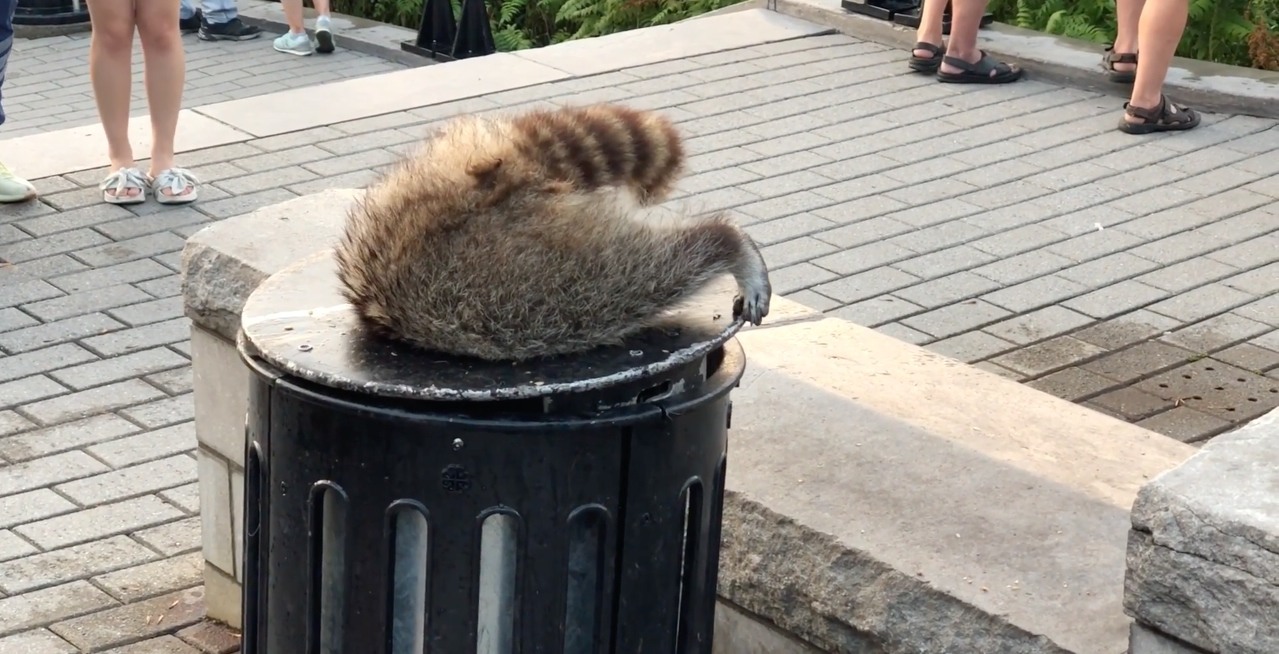 Sightseers at the Belvédère Camillien-Houde lookout point on Mont Royal were given more than just a spectacular view of the city, they got to witness an adorable raccoon digging for a snack.

A video was uploaded to YouTube on Tuesday showing a couple of raccoons scavenging through a garbage can, surrounded by tourists.

The first mischievous little animal was filmed exiting a garbage can with a tasty reward but the second raccoon wasn’t so lucky:

Getting to the feast was no problem as the second raccoon hoisted herself onto, and then into the garbage can.

But it stopped there. She couldn’t get passed her rump and lingered inside the garbage for a few seconds. As she emerged, the creature too was rewarded with a treat for all of her hard work.

Mont Royal certainly is gorgeous this time of year and the view is best enjoyed with a snack.