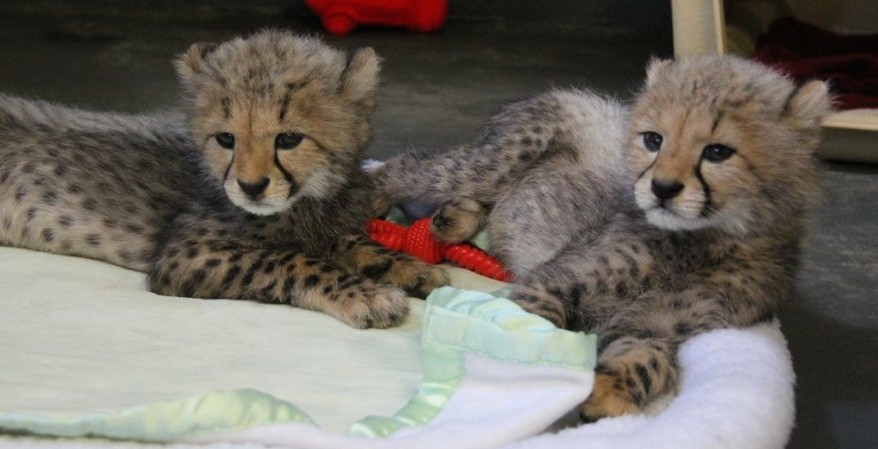 Four adorable baby cheetahs have been born at a zoo 60 km southwest of Montreal.

Which means, if you’re doing the math, these fastest land animals on Earth could make it home in about 30 minutes.

The cheetahs were filmed with their mother, on their first outing, since being born at Parc Safari Zoo.

This is only the second time that cheetahs have been born in Quebec. These cubs join their two brothers, who were the first cheetahs born in Quebec, also at Parc Safari, in May 2017.

This batch has two males and two females who are now 10 weeks old. The cheetah’s mother, Akeelah, gave birth without any human intervention.

The four babies weighed 350 grams at birth and have since grown to 9-10 lbs each.

Wildlife officials at Parc Safari are constantly surveying the cat family in case of an emergency but so far, Akeelah is raising her second batch of offspring without any human assistance.

The four cheetah cubs will join their older brothers on display at Parc Safari as of July 21.