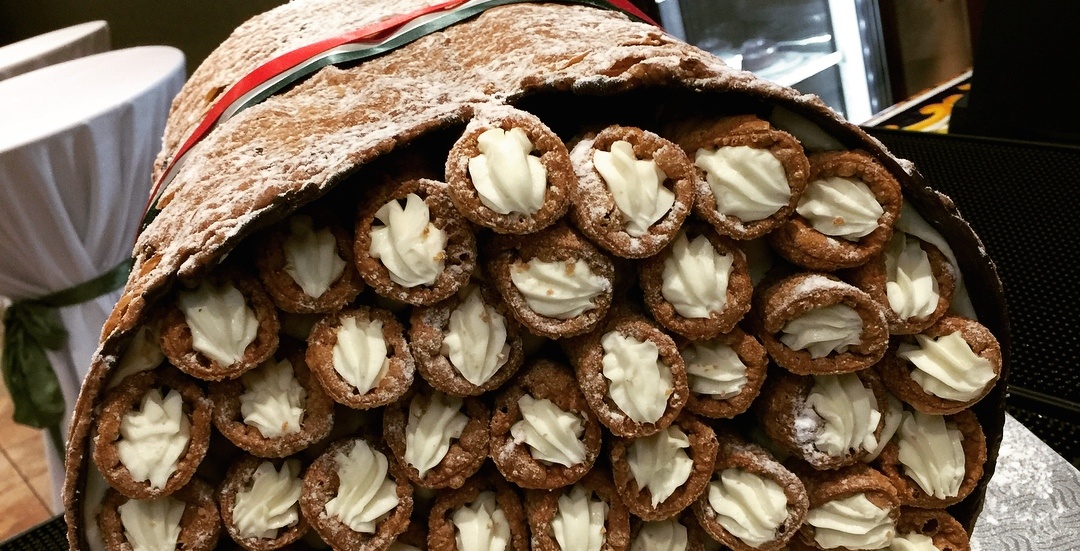 Pizzeria Napoletana was boasting a cannoli of epic proportions earlier this week.

The longstanding Montreal restaurant was given the massive dessert as a gift for the pizzeria’s 70th anniversary on September 25.

The cannoli was given to them by local cake shop Delices Lafrenaie and it was shared among customers and staff after their impressive anniversary.

According to Sabrina, Pizzeria Napoletana’s floor manager through a phone call with Daily Hive, the dessert contained 250 regular-sized cannolo to form the massive cannoli.

A post shared by Pizzeria Napoletana (@pizzerianapoletanamtl) on Sep 26, 2018 at 2:54pm PDT

It took a full restaurant and a few bottles of wine to tackle the traditional, albeit massive Italian sweet.

Here’s hoping the cannoli size increases every anniversary from here on out.