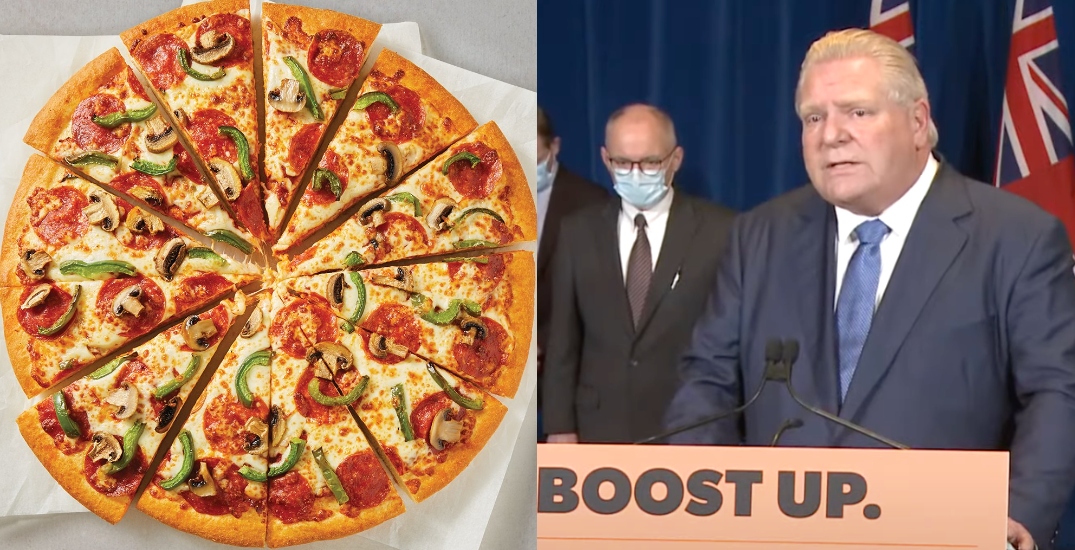 Pizza Hut Canada not only helps satisfy your cheesy cravings but apparently also provides comedic relief during these stressful times.

The pizza chain did not miss the chance to poke fun at a Canadian premier who made an awkward statement during a COVID-19 press conference.

On Monday, Premier Doug Ford dropped the term “decisive decision” as he explained his reasoning behind the restrictions currently in place across Ontario.

“This took me about 30 seconds to make a decision, it was a decisive decision, and we’re going to make sure that we go through this and be as cautious as possible and use every tool in our toolbox to sustain not only our healthcare but our economy as well,” said Ford in the short snippet.

Not long after, social media caught wind of the odd wording, and soon everyone joined in on the funny moment.

So much so that even Pizza Hut Canada put out a hilarious tweet, teasing the government official for his choice of words.

Need to decide on a decision for dinner? Let’s get decisive when you decide, because this dinner is a decisive decision. pic.twitter.com/y9Vn4zKQoF

The tweet garnered thousands of likes and hundreds of replies and even captured the attention of Ontario Liberal Leader Steven Del Duca, who replied to the tweet with a picture of his own Pizza Hut order.

We approve of this decisive decision.

This isn’t the first time that Ford and the world of food have collided. Back in May, Ford was asked about spending time with his family, including his daughters, and shared that they were really into baking.

During that time, a lot of people were into baking while in isolation, and Ford noted that items like yeast flour and toilet paper were critical to have on grocery shelves.

“We will make sure we have those on the shelves, it’s so important,” he said, before casually adding, “And by the way, I make the best cherry cheesecake ever.”

“I do it from scratch. No recipe, I got it down pat,” said Ford. “And you can tell I’ve eaten one too many cheesecakes.”