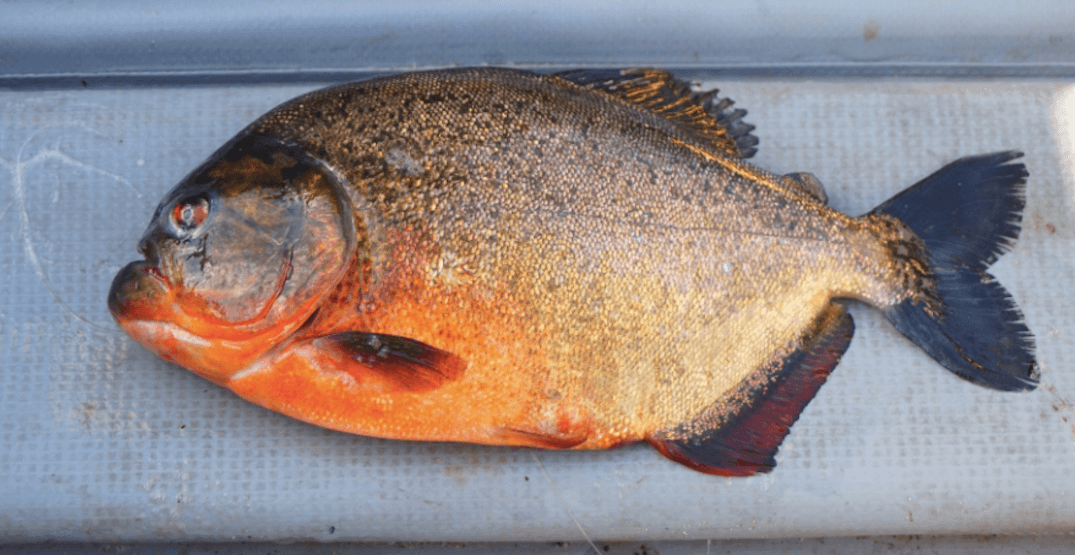 This is not your typical catch of the day.

In fact, it’s likely not something you want to hook on the end of your line at anytime.

According to the BC Conservation Officers Service (BCCOS), a Vancouver Island angler “reeled in a surprise” while at Westwood Lake in Nanaimo this week: a red-bellied piranha.

Even more concerning is the fact that, according to the BCCOS, this isn’t even the first piranha found in the lake, as another one was caught there, earlier this summer.

The BCCOS said they believe the discovery of this and the previous piranha are likely the result of someone releasing an unwanted pet.

Now, while some people might have some serious questions this incident, the BCCOS is advising people not to be too overly concerned about a growing piranha population in the lake.

“The red-bellied piranha is a tropical fish and cannot survive in our winter climate,” said the BCCOS.

Still, the COS is reminding people that introducing an aquatic invasive species into local lakes and bodies of water  “can have harmful impacts, including threatening native fish, ecosystems and other species.”

It is also illegal: a conviction for a first offence of the illegal movement of aquatic invasive species could net a fine of up to $100,000 and/or a prison term of up to 12 months.

Anyone who suspects that their catch may be an invasive species is advised to call the  the Report All Poachers and Polluters (RAPP) hotline at 1-877-952-7277 (RAPP) with information.