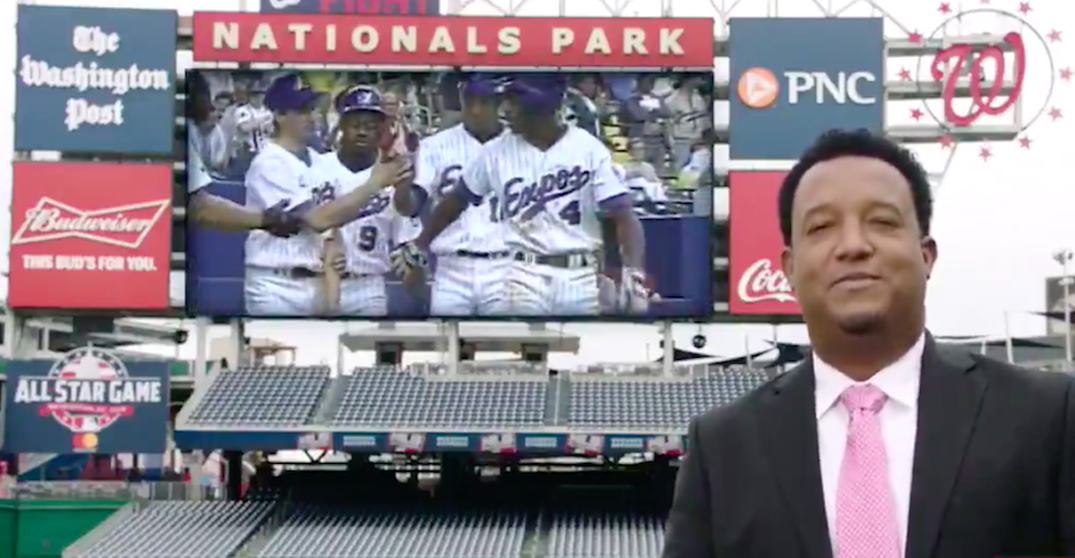 If you’ve been tuning in to the World Series, you may feel your heartstrings tug a bit every time the camera pans to a baseball fan wearing Montreal Expos memorabilia.

If that’s the case, you may want to get out some tissues when you watch Hall of Famer and former Expos pitcher Pedro Martinez looks back at the 1994 Expos.

You know, the team that had the best record in the Major Leagues before a labour relation strike ended the 1994 season (and playoffs) prematurely, without crowning a World Series champion.

Speaking of the World Series, Game 5 took place Sunday night in Washington, the city’s final baseball game of the year, as the series shift backs to Houston for Game 6 and potentially Game 7.

Before the Houston Astros beat the Nationals 7-1, taking a 3-2 series lead back to Houston, the MLB Network and one of its analysts, Pedro Martinez, took baseball fans on a trip down memory lane to his talented 1994 team.

Martinez, who was traded to the Expos in 1993 from the Los Angeles Dodgers, won 55 games for Montreal in a four-year span that cemented him as one of the best pitchers in baseball.

He won the National League Cy Young award, the most prestigious annual award given to a pitcher, in 1997 with Montreal when he went 17-8 with a sparking 1.90 ERA before being traded to the Boston Red Sox that November.

The eight-time All-Star won a World Series with the Red Sox in 2004 and was elected to Baseball’s Hall of Fame in 2015.

“My dream was cut short because of the strike,” says Martinez. “A dream for our team was never realized. Today, let me take you through the kind of talent we had, to actually, win the world series, which was something we believed we could do.”

Oh, what could have been.

“We all had broken hearts because we didn’t get the chance.” @45PedroMartinez looks back at the 1994 Expos. #MLBTonight pic.twitter.com/K8w8JD5SvT