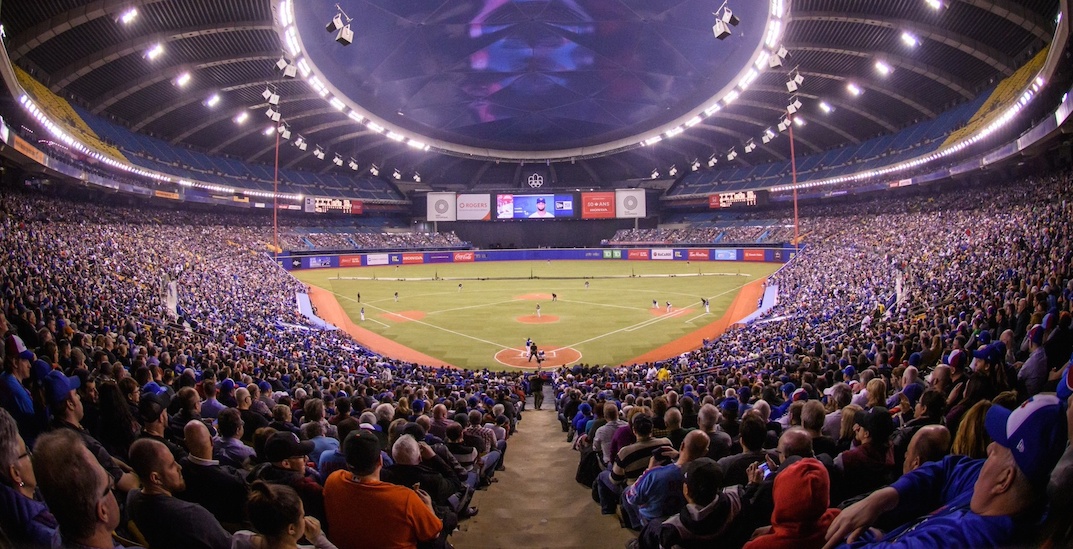 The Toronto Blue Jays are bringing baseball back to Montreal this spring and they’re brining one of the sport’s most iconic franchises with them.

As rumours continue to swirl about a potential Montreal Expos revival, the Jays will return to the Olympic Stadium for two exhibition games against the New York Yankees.

For the seventh consecutive year, baseball will return to the former home of the Expos as the Blue Jays use the domestic trip as a final tune-up before the start of the 2020 season.

It’s been 15 years since our beloved Expos stole home and moved to Washington and Montreal’s Olympic Stadium has been flooded with Expos fans ever since the Jays started playing spring training games there in 2013.

Montréal, are you ready? 🙌

We’re excited to announce our return to the Big O for a 2-game #SpringTraining series vs. the @Yankees! pic.twitter.com/lm1JAFlRJ4

There have been rumblings about Major League Baseball making a triumphant return to La Belle Province, even in the form of a split-season idea with the financially-struggling Tampa Bay Rays.

According to the Montreal Baseball Project, in the 11 games over six years that the Jays have played in Montreal, 469,832 spectators have returned to the “Big O,” averaging 42,712 fans per game.

In any case, iron off that old Expos jersey and get ready to devour some hot dogs, slam some seats, and chant ‘Olé, Olé, Olé’ at the Big O while cheering on the Toronto Blue Jays.

Tickets for the two-game series go on sale Friday, October 18 at 12 pm.