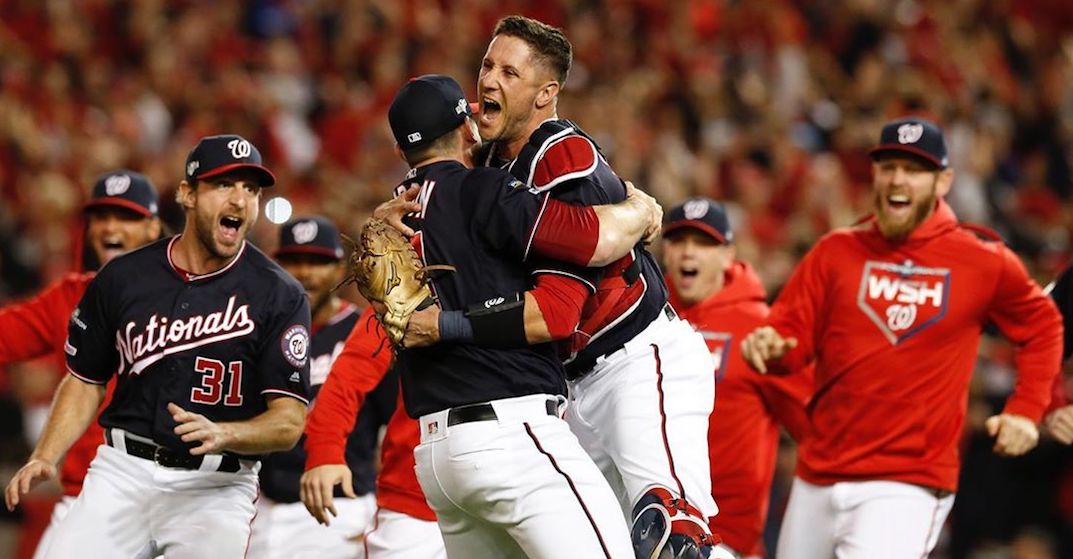 The Washington Nationals are going to the World Series and the Montreal Expos had nothing to do with it.

Besides honouring Montreal for one game by sporting the Expos powder blue uniforms in July, the Nats aren’t any kind ally, relative, or reincarnation of Montreal’s last professional baseball team.

They’re simply the ex-Expos, with no ties to our former team.

The only small link the 2019 pennant-winning Nationals do have is their third base coach, Bob Henley. He was selected by the Expos in the 26th round of the 1991 draft. He appeared in 41 games for Montreal in 1998, hitting .304 with three home runs and 18 RBI before shoulder and elbow injuries ended his one-year playing career.

So, unless Montrealers bank on Henley’s short-lived Expos career as the reason to cheer for the Nationals, there’s no real connection to ‘Nos Amours’ and no need to root, root, root, for Washington as some sort of Expos rebirth.

By all means, cheer on the Nationals because they have good starting pitching, a stacked lineup, and a fun ‘Baby Shark’ rally chant, but don’t pretend they’re sort of the Expos.

By sweeping the St. Louis Cardinals in four games in the National League Championship Series, the Washington Nationals, are going to the World Series. This will mark the city of Washington’s first appearance in the World Series since they were the Senators in 1933. (A team that went on to become the Minnesota Twins.)

No baseball fan is giving the Minnesota Twins any recognition to their former city going to the World Series so we shouldn’t do the same for Montreal.

For the record, the Expos never won a World Series title, a National League pennant, or a Wild Card berth but they did win an East Division title in 1981.

In 1994, a players’ strike wiped out the last eight weeks of the MLB season and post-season. Montreal was in first place by six games in the National League East when play was stopped. No official titles were awarded in 1994.

As you mingle around town throughout the remainder of the MLB post-season, ask anyone rooting for the “Washington Expos” if they’ve ever heard of Bob Henley.

Otherwise, we’ll just wait around until we get our real team back.