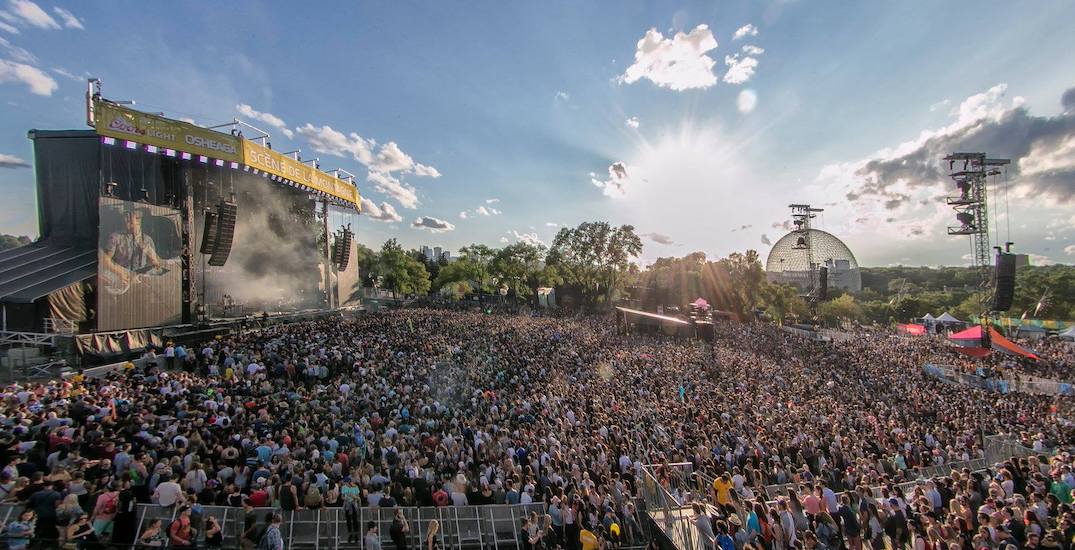 Montrealers will have to endure this summer without two of its most iconic outdoor festivals.

After weeks of uncertainty, Evenko, the Quebec event management company, says “current circumstances” have caused the festivals to be “abandoned” in 2020.

“The team has no choice but to postpone its long-awaited 15th edition to next summer, July 30 and 31 and August 1, 2021,” speaking about Osheaga. The anticipated seventh edition of ÎleSoniq will be pushed to August 5, 6, and 7.

Festival-goers who have already purchased the 2020 ÎleSoniq pass will be able to use it for the 2021 edition. In addition, ÎleSoniq will give out a $25 credit to be used on the festival’s site next summer. They will also have priority access to ÎleSoniq en Ville as well as exclusive presales on ÎleSoniq Presents events.

ÎleSoniq fans who want a refund on their already purchased ticket can do so through the festival’s website.

Osheaga 2020 ticket holders can carry over their passes to next year as well. People with Osheaga passes will also get a $20 credit (for General Admission single day passes), $35 (for GOLD single day passes), or $50 (for all weekend passes, including Platinum ones) to use on site during the 2021 edition of the festival. They will also have access to exclusive presales for OSHEAGA Presents events during the year, and you will be entered to win premium access to the festival via exclusive contests for 2020 pass holders.

Originally, The Foo Fighters, Lizzo, and Kendrick Lamar were expected to headline one day of this year’s festival, joining hundreds of bands at Parc Jean-Drapeau on July 31 to August 2.

Music fans who wish to be reimbursed can visit the Osheaga website for full refunds.