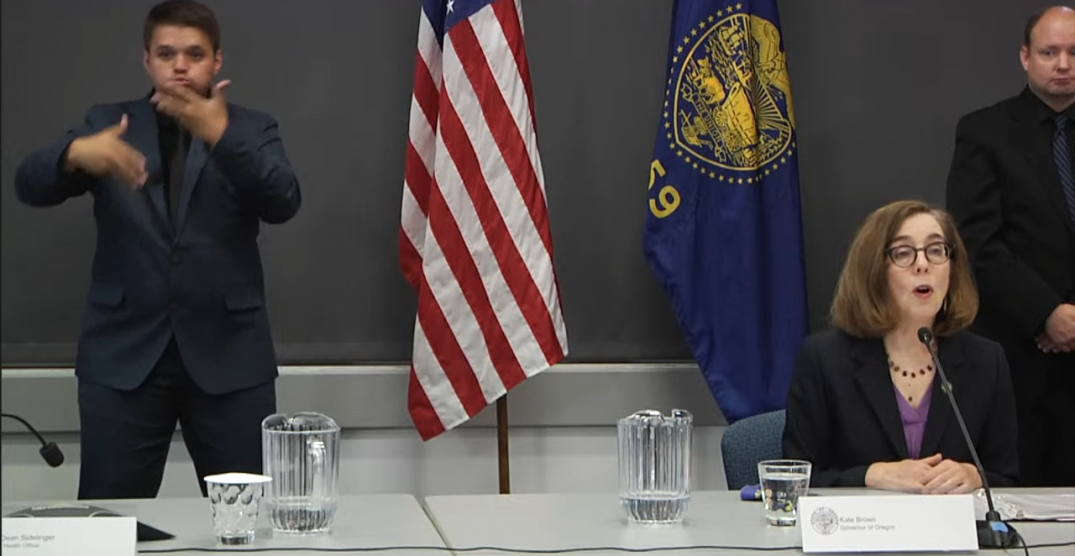 After weeks of the increasing growth in cases of COVID-19 in Oregon, Governor Kate Brown held a press conference, stating that she is “sounding the alarm” in Oregon.

“We reported more cases in the past week than we did in the entire month of May,” Brown said on Monday. “The last time we reported less than 100 cases in a single day was more than a month ago.”

A record high of 389 new cases of coronavirus was reported on Thursday, July 9.

“The virus is extremely contagious, and many people don’t show symptoms for days,” she added.

The governor repeated a mantra that includes “the three W’s” to instill more ownership on Oregonians; “wear a mask, watch your distance, and wash your hands.”

Join me at 11am for my press conference about COVID-19: https://t.co/8fpcrdqszc

To decrease the spread, Brown announced a state-wide ban on all indoor social gatherings of 10 or more, but that doesn’t include businesses or churches at this time.

An expansion of the Oregon face-covering mandate was also announced. Now, instead of just strictly mandated masks while within indoor public spaces, face-coverings will be mandated to all Oregonians in public outdoor spaces as well.

This rule only applies if those people outside cannot keep more than six feet away from other people who are not from within their own household.

“Wearing a mask is a sign of respect and a sign of protection for all of those around you,” Dr. Dean Sidelinger, Oregon’s state health officer and epidemiologist, said. “All of us working together to flatten this curve again.”

Currently, Oregon doesn’t feel that reopened restaurants that are obeying the recommended guidelines laid-out by the government are a source of the new spikes in cases. Though, Governor Brown did bring up the desire to avoid reclosing these businesses and used the recent reclosure of Texas as an example of what they aim to avoid.

“Either people will adhere to this requirement, and become a positive force for stopping COVID-19. Or, I will be forced to take more restrictive measures. And no one wants that.”