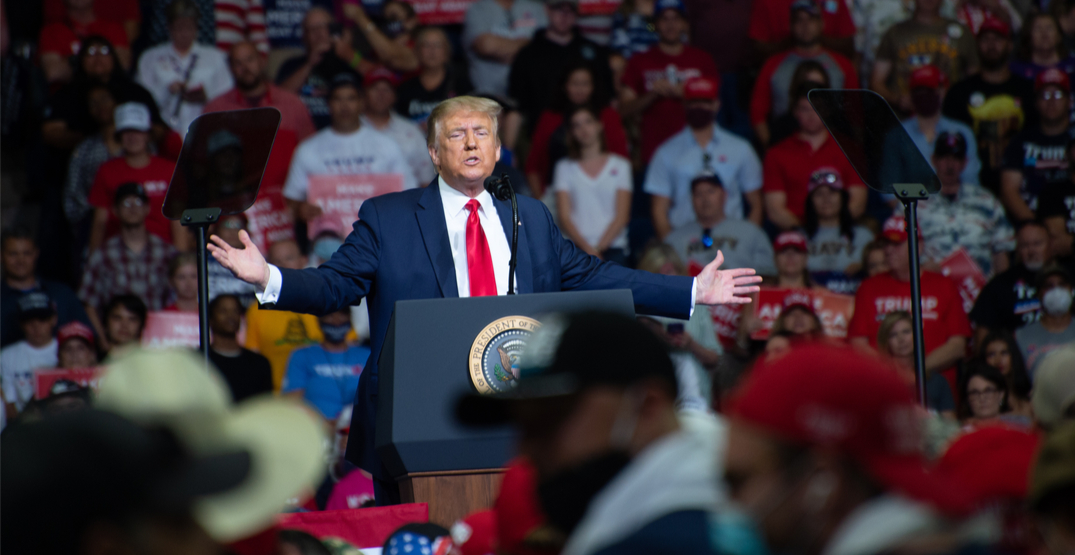 In the six months since the first COVID-19 case was reported in the country, the United States has now surpassed the 3,000,000 mark.

With recent spikes in cases, including record-high reports in some regions, many counties and states have put a pause on their reopening plans. Some states have rolled back reopening phases, reinstated lockdowns, and mandated face masks.

In a tweet, President Trump said the reason for the recent uptick is that the United States has a “bigger and better” testing system compared to other countries.

The president has also highlighted his thoughts on the importance of opening schools across America.

In Germany, Denmark, Norway, Sweden and many other countries, SCHOOLS ARE OPEN WITH NO PROBLEMS. The Dems think it would be bad for them politically if U.S. schools open before the November Election, but is important for the children & families. May cut off funding if not open!

The World Health Organization — which the US recently announced they would withdraw from, after cutting their funding — insists the worst is yet to come for coronavirus, and that tracing and regulations have helped many countries stop the spread.

“We know that when countries take a comprehensive approach based on fundamental public health measures – such as find, isolate, test and treat cases, and trace and quarantine contacts – the outbreak can be brought under control,” says WHO Director-General Dr. Tedros Adhanom Ghebreyesus.

“My friends, make no mistake. The greatest threat we face now is not the virus itself.

Rather, it is the lack of leadership and solidarity at the global and national levels. We cannot defeat this pandemic as a divided world”-@DrTedros #COVID19

Brazil, which has also seen spikes in recent weeks, remains the second-highest impacted country in the world with 1.7 million cases recorded, which is just over half of the reported cases in the US.

At the time of writing, the coronavirus pandemic has infected 3,088,913 Americans and has led to 132,934 deaths in the country.