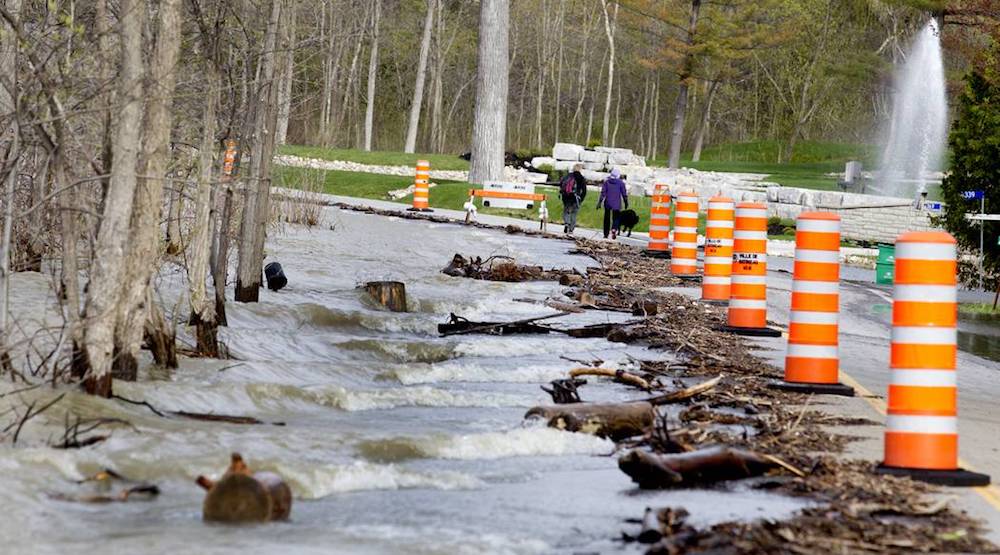 Two significant storms and subsequent flooding in Ontario and Quebec earlier this year has resulted in more than $223 million in insured damage.

The Insurance Bureau of Canada (IBC) reports that roads, homes, and businesses were damaged by floods after spring storms in April and May.

“Climate change is causing severe weather events, especially storms involving floods, to happen more frequently and with greater intensity. While the insured damage from the spring floods is significant, the total cost to homeowners and government is not yet known,” said Craig Stewart, vice-president, federal affairs at IBC, in a statement.

“Flooding coupled with windstorms can cause significant damage in a very short amount of time. Recent events, like Hurricane Harvey in the United States, show how unprepared we are and why it is so important for governments, industry, and consumers to work together to protect residents and communities,” he said.

The April storm took place between April 5 and 7, and lead to major flooding in Southern Quebec and wind damage across parts of Ontario and Quebec, according to IBC. Roads, homes, and businesses were flooded in Quebec as rivers overflowed and sewers backed up. And along with the rains, there were strong winds that downed trees and power lines in both areas. This spring system caused over $106 million in insured damage, IBC reported.

Meanwhile in May, significant rainfall between May 5 and 6 led to flooding in several areas in Eastern Canada, mostly in Ontario and Quebec once again. There were numerous states of emergency declared in Southern Quebec, and this system caused nearly $117 million in insured damage.

In Toronto, the city estimated $5 million in lost revenue after the Islands flooding resulted in its closure for several summer months. Toronto Island, which is generally open all summer, only opened to the public at the start of August.