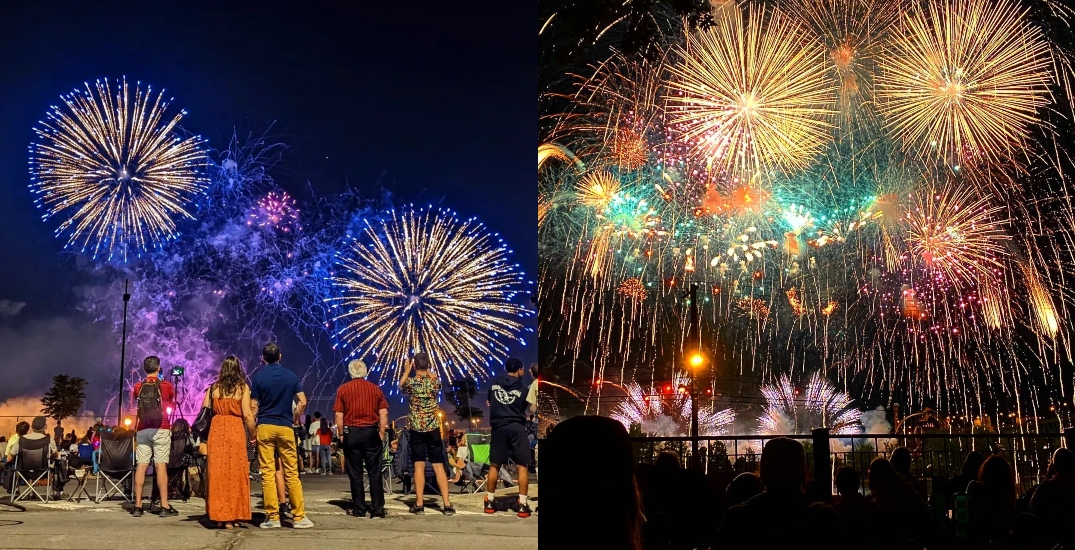 You might want to keep your head up on Wednesday night, Montreal. The Old Port’s penultimate fireworks show is taking over the skies.

For the third consecutive week, the L’International des Feux Loto-Québec will set off a mid-week fireworks show, this time paying tribute to England.

Under the theme “60 years of unforgettable music,” Wednesday’s show will offer a “colourful display” dancing to the sound and rhythm of musicals ranging from the 1960s to 2010s.

The show will be put on by UK firm Pyrotex Fireworx, who will incorporate classical masterpieces, jazz, pop, and dance hits, featuring a soundtrack with hits from ABBA, Queen, Bonnie Tyler, Andrea Bocelli, Paul McCartney, and Coldplay.

Founded in 1999, Pyrotex Fireworx has participated in many fireworks competitions and won various accolades across the globe. In 2010 and 2011, the pyrotechnic firm took home first place at the British Musical Fireworks Championship competition.

June marked the return of L’International des Feux Loto-Québec in Montreal, the first full-scale fireworks display in over two years. On Saturday, the festival will sum up its nine-week run with “Finale des Étoiles Loto-Québec.”

The show starts at 10 pm and will take place rain or shine.