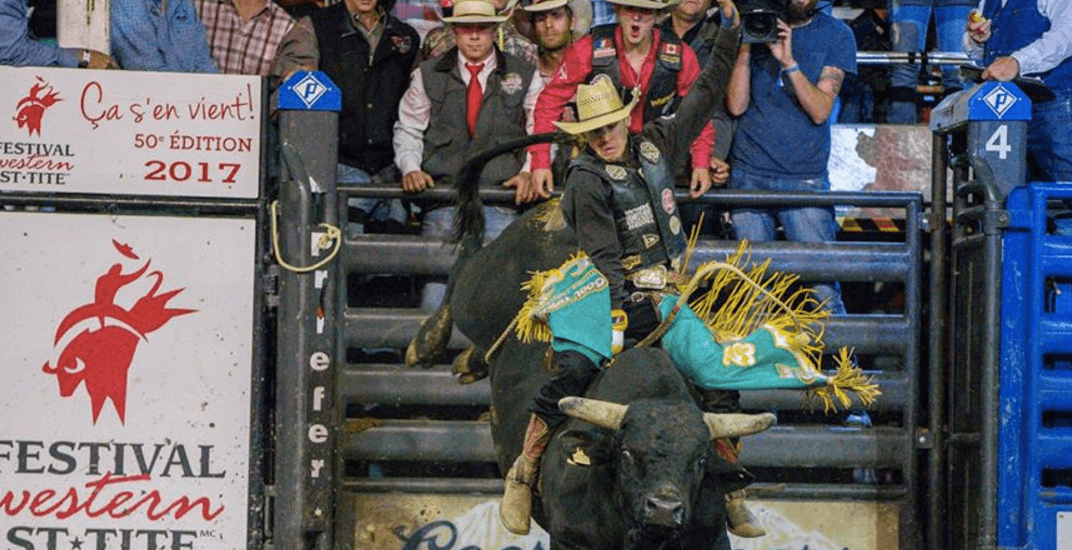 It looks like Montreal’s NomadFest Urban Rodeo will not become an annual event.

The Montreal Gazette reports that in a press conference Monday, Mayor Denis Coderre did not seem keen on the rodeo coming back for 2018.

“I don’t know who said that — nobody has wanted to make this an annual event,” Coderre said.

When the Codder was asked if the rodeo would return for next year, his spokesperson Marc-André Gosselin replied: “The mayor was clear at the press conference.”

The four-day urban rodeo took place from August 23 to 27.

The event received backlash and criticism from animal activist groups such as the Association Terriens and KARA.

The groups protested outside the event to send a strong message against the rodeo taking place in Montreal.