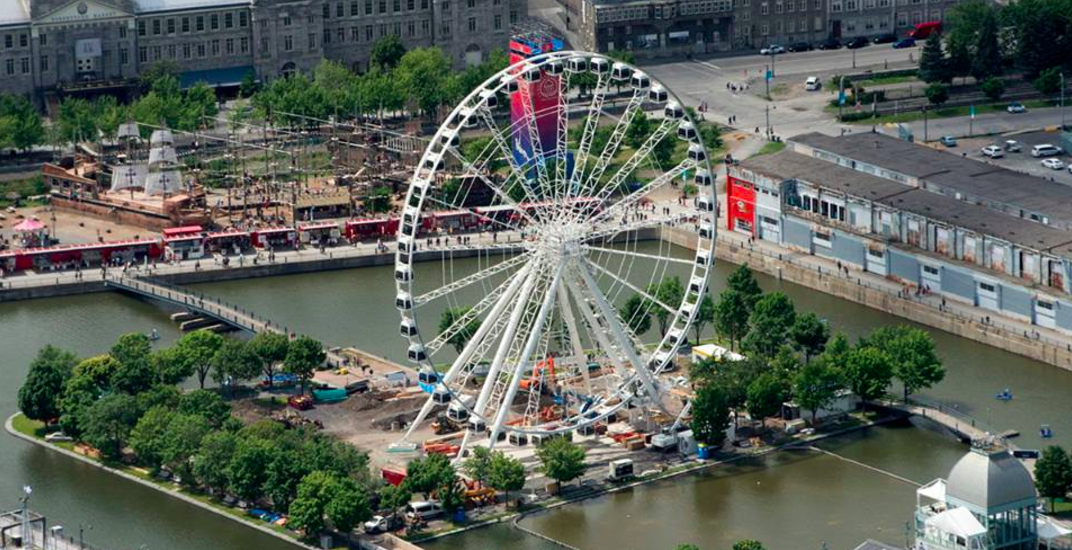 It’s almost at the end of August and we are still patiently waiting to ride the giant Ferris wheel at the Old Port.

In July, a  representative from La Grande Roue de Montréal informed Daily Hive that the Ferris wheel would be pushed to the end of August.

Now, with only two days in August remaining, we really hope that La Grande Roue de Montréal will keep its promise.

Keep in mind that the opening of the Ferris wheel was supposed to happen in July.

The 60-meter wheel is located on Bonsecours Island. At the top, the attraction will give visitors views of  Montreal’s Old Port, Mont-Royal (or the mountain), the river, and surrounding areas as far as New York State.

According to La Grande Roue de Montréal, the project will not expect any further delays.

“We’ll do an announcement in no time. The wheel is going to open in a couple of days,” a representative told Daily Hive.

A “couple of days” could mean that we may have to wait until September to take a ride.

Afterall, the attraction’s Facebook page does have a post that mentions it is looking to hire hospitality professionals for the grand opening in September.

“La Grande Roue de Montréal, The Old Port’s most exciting new project, is nearing completion and looking to build a strong team of talented individuals for its September grand opening,” says the post.

Seems like we will have to keep waiting a little longer.