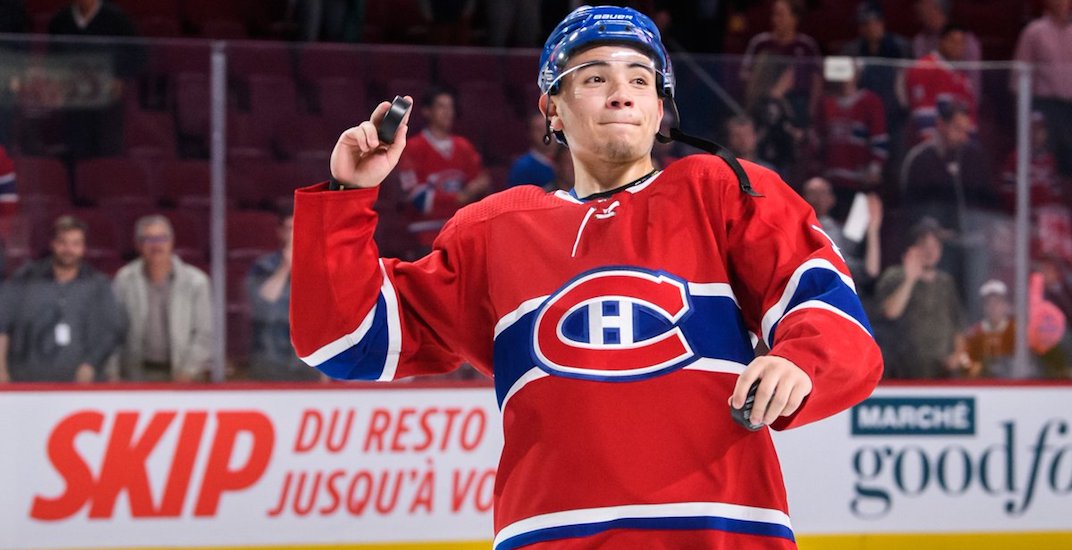 From Jesperi Kotkaniemi to Ryan Poehling to Cale Fleury, it’s been a disappointing season for many of the Montreal Canadiens’ young players.

It’s not all bad news, though. The play of 20-year-old rookie centre Nick Suzuki has provided Habs fans with some much-needed hope.

With 33 points (10-23-33) in 54 games, Suzuki is just two points back of the Buffalo Sabres’ Victor Olofsson for the lead in scoring among rookie forwards. Though the Calder race looks like it will come down to defencemen Quinn Hughes of the Vancouver Canucks and Cale Makar of the Colorado Avalanche, Suzuki could make a case to be the third nominee. 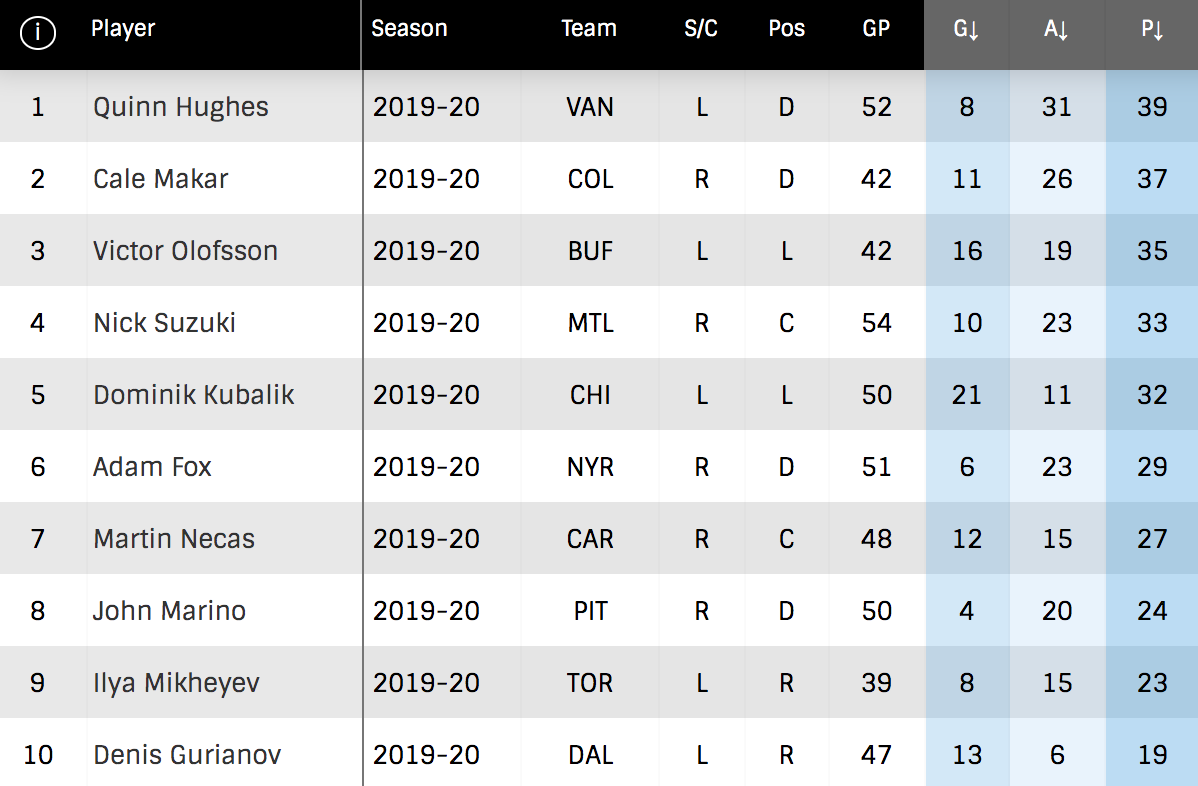 Suzuki is currently at 0.61 points per game, but after struggling to produce offence early on in the season, something clicked for him. He’s recorded 18 points (4-14-18) in his last 20 games.

After spending much of the season on the wing, Suzuki’s earned enough trust from Claude Julien that he’s been playing a lot of centre lately. It shouldn’t surprise anyone if he stays there for good. Over his last eight games Suzuki has won 54 of 97 faceoffs (55.7%) while continuing to produce a high level of offence, with six points in his last four games.

Between Suzuki and the continued impressive play of leading scorer Tomas Tatar, Marc Bergevin looks to have hit a home run with his return in the Max Pacioretty trade. While this year has left some question marks around some of the Montreal’s other young players, Suzuki has entrenched himself of a big part of the Habs’ plans moving forward.