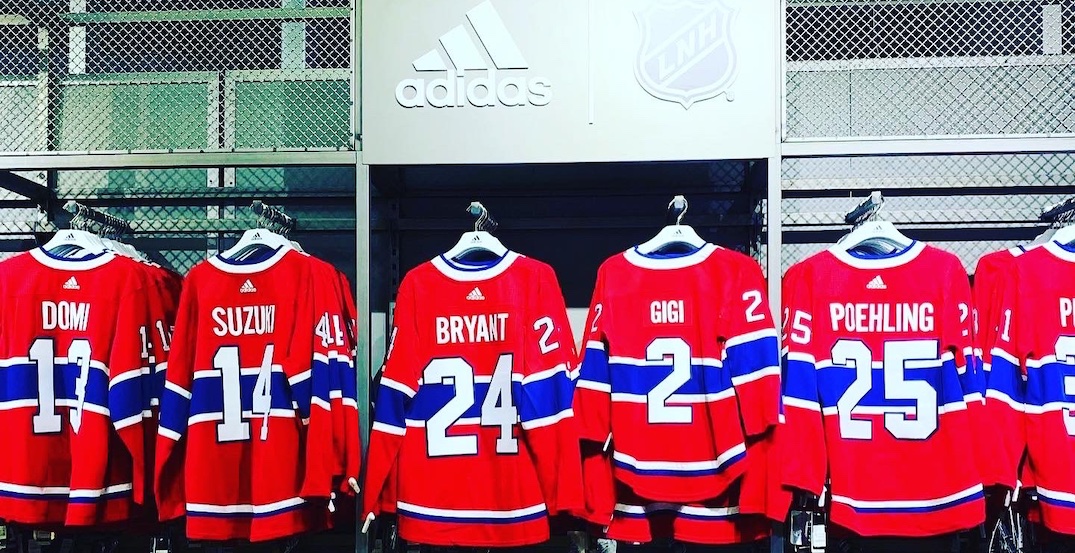 Tricolore Sports, the official store of the Montreal Canadiens, paid tribute to Kobe Bryant and his daughter, Gianna “Gigi” Maria Ono, by displaying Habs jerseys with their respective numbers on it, alongside their current stock of player tops.

Tricolore Sports confirmed with Daily Hive that neither jersey is for sale but are on display to honour Bryant, Gigi, and the seven other people aboard the helicopter before Sunday’s fatal crash.

Bryant’s #24 and Gigi’s #2 can be seen on the top row of Canadiens jerseys, exclusively at Tricolore Sports’ Bell Centre location. “When sports come together together to pay tribute to a legend, that says it all,” captioned the store.

When sports come together to pay tribute to a legend, that says it all. RIP Kobe Bryant and victims. pic.twitter.com/XDPPZECGGA

Before last night’s game against the Washington Capitals, the Canadiens organization played a Kobe Bryant and Gigi tribute video during the American national anthem.

Bryant, the 18-time NBA All-Star played his entire 20-season career with the LA Lakers, leading the team to five NBA championships. He scored a total of 33,643 points during his career, and retired from after the 2015-16 season.