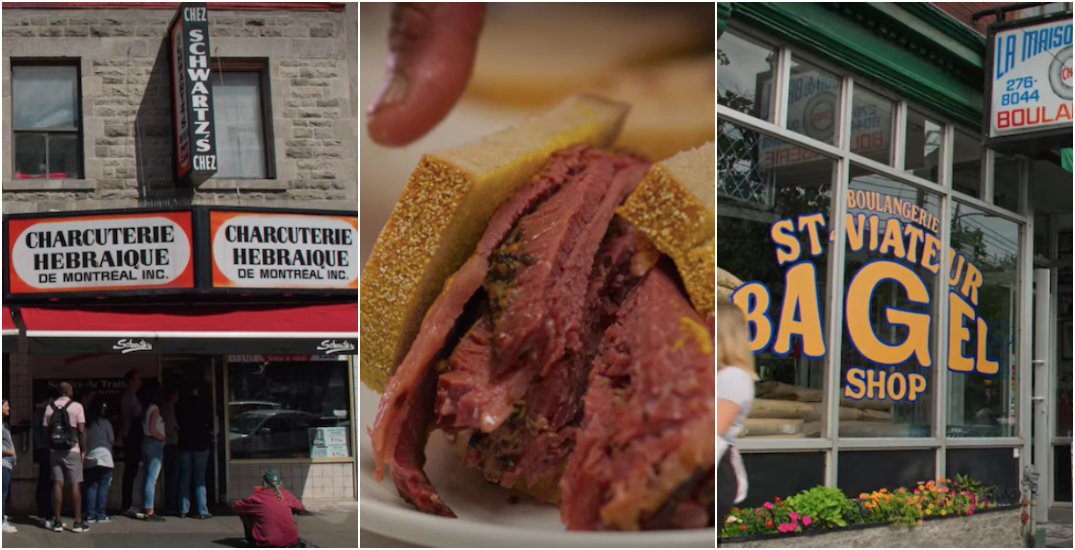 You might not be able to devour some of Montreal’s tastiest food on the scene but you can watch it on the small screen.

From oysters at the Jean Talon Market, bagels at St-Viateur, a Schwartz’s sandwich (obviosuly), and a few stops in between, watch as Phil Rosenthal scarfs down some of our best grub, tries to pronounce ‘Montreal’ properly, and some beautiful shots of a pre-pandemic Montreal.

Rosenthal might be best known as the creator of the long-running sitcom, Everybody Loves Raymond, but the filmmaker has now partnered up with Netlfix, producing a documentary of the best eats and food cities across the world.

The 51-minute Montreal episode is part of the show’s newly released third season.

“The show’s production team chose to visit Montréal before any other Canadian city, confirming the city’s unmatched reputation and appeal as the top food destination in the country and across North America,” says Tourisme Montréal. “Over the years, Montreal has earned a reputation as a top-tier food destination and we’re delighted to have the opportunity to show off this key aspect of our culture to Netflix subscribers around the world.”

You can spot a few snippets of Montreal in the season 3 trailer below.

Season 3 of Somebody Feed Phil, including the episode featuring Montreal, is available on Netflix starting Monday.