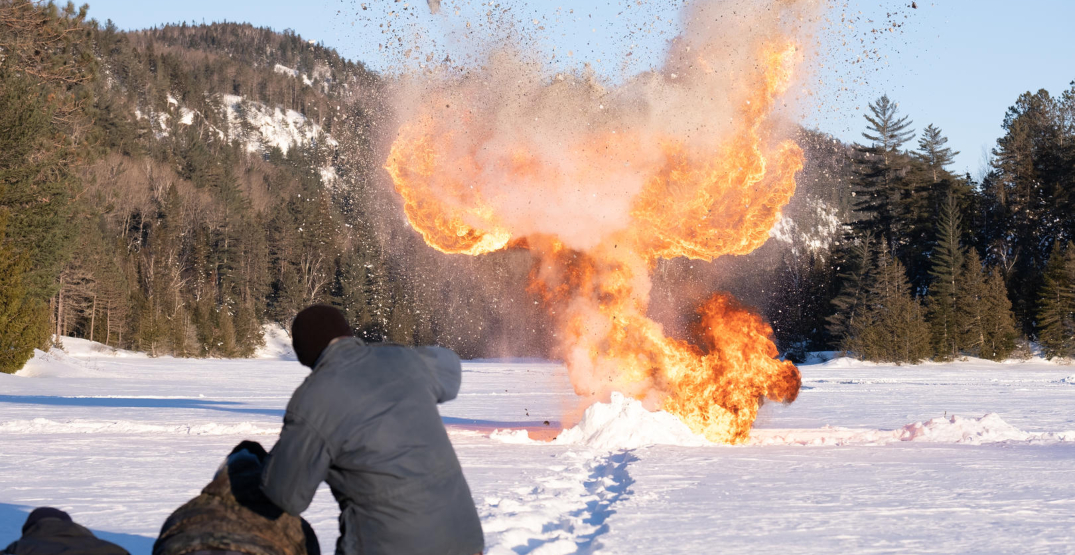 Netflix Canada has launched a new website to connect fans with the many films and TV shows shot across the country, a few of which took place right here in Quebec.

Netflix in Your Neighbourhood allows users to search for filming locations by searching for a film or series title or by province. Quebec has three titles — exclusive to Netflix — that were shot across Quebec.

“Netflix in Your Neighbourhood provides a window into some of the Canadian cities and towns that have enriched our films and series, and captivated audiences worldwide,” said Lindsey Scully, Netflix Canada’s head of PR. “We’ve filmed hundreds of productions across Canada and the site will feature some current highlights, as well as select new titles, once they are released.”

Netflix in Your Neighbourhood provides a pretty extensive collection of data. You can check out restaurants, cafes, bars, and outdoor locations of exactly where everything was shot.

Here are the Netflix titles that are currently streaming on the platform, all of which were filmed across la belle province:

Jusqu’au déclin (The Decline) follows family man Antoine, who decides to attend a training program in survivalism but stumbles into a series of catastrophes in the Quebec wilderness.

The film is set in the rural and northernmost parts of Nord-du-Québec and the film was actually shot in the Laurentians.

The film also stars a bevy of Quebec actors, many of whom dubbed their lines in both English and French.

The flick is Quebec’s first film produced as a Netflix Original. 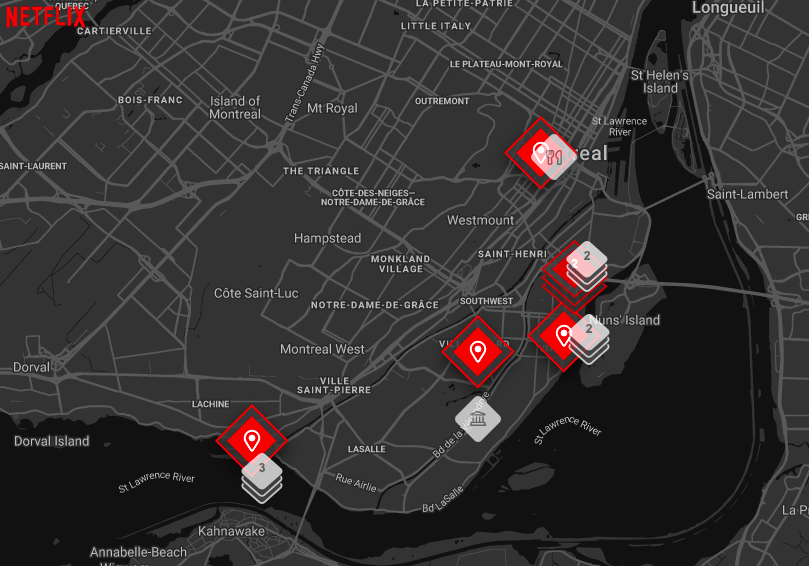 Netflix in your Neighbourhood

M’entends-tu? (Can You Hear Me?) was almost entirely filmed in the city of Montreal, showcasing the many boroughs, murals, and parks of the island’s “working-class” residential areas for this Netflix drama series.

Everybody Loves Raymond creator Phil Rosenthal travels the globe to take in the local cuisine and he lands in Montreal during the third season of his foodie show.

Be sure to check out the Netflix in Your Neighbourhood website for more great filming locations of popular shows across Canada. Some Netflix original fan favourites and their Canadian backgrounds include The Umbrella Academy (filmed in Toronto) and The Chilling Adventures of Sabrina (shot in Vancouver).