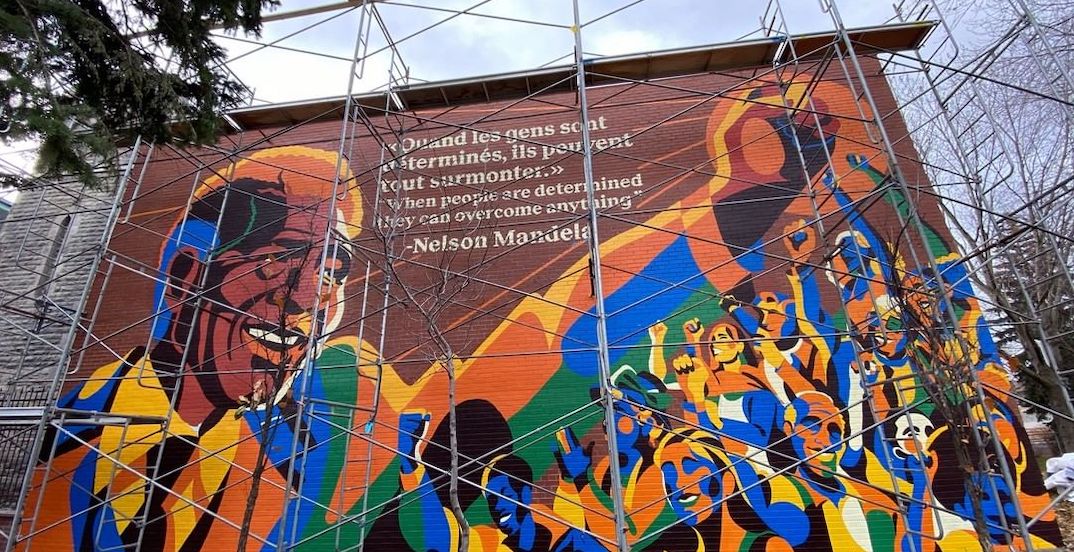 On Monday, the Round Table on Black History Month and the Union United Church unveiled a mural to commemorate Nelson Mandela and his visit to Montreal 30 years ago.

The mural, entitled “Long Walk to Freedom” — after Mandela’s autobiography — depicts the world leader for peace and social justice activist with an outstretched fist.

The mural was created by artist Franco Égalité and was produced in collaboration with charitable organization MU MTL and acclaimed muralist Kevin Ledo.

The new mural can be found on the Union United Church’s wall on Atwater at the corner of Delisle Street.

On June 19, 1990, in the months following his February release that year, Nelson Mandela made a whirlwind three-and-a-half-hour visit to Montreal, one of the first cities in the world at the time to have actively campaigned against apartheid.

Mandela was invited as part of his global recognition tour and the South African leader visited the Union United Church to greet the congregation.

“This Nelson Mandela mural will help ensure that justice and equality remain indelibly etched in the minds of all those who look upon this image of a man who dedicated his life to the highest ideals,” says Erene Anthony, former Chair of the Board and member of the Union United Church, in an email shared with Daily Hive.

“This piece of public art is a strong gesture intended to curb the increase everywhere in discriminatory practices around race, and to convey a message of hope, tolerance, peace and social justice,” said Michael P. Farkas, Chairman of the Board of Directors of the Round Table on Black History Month. 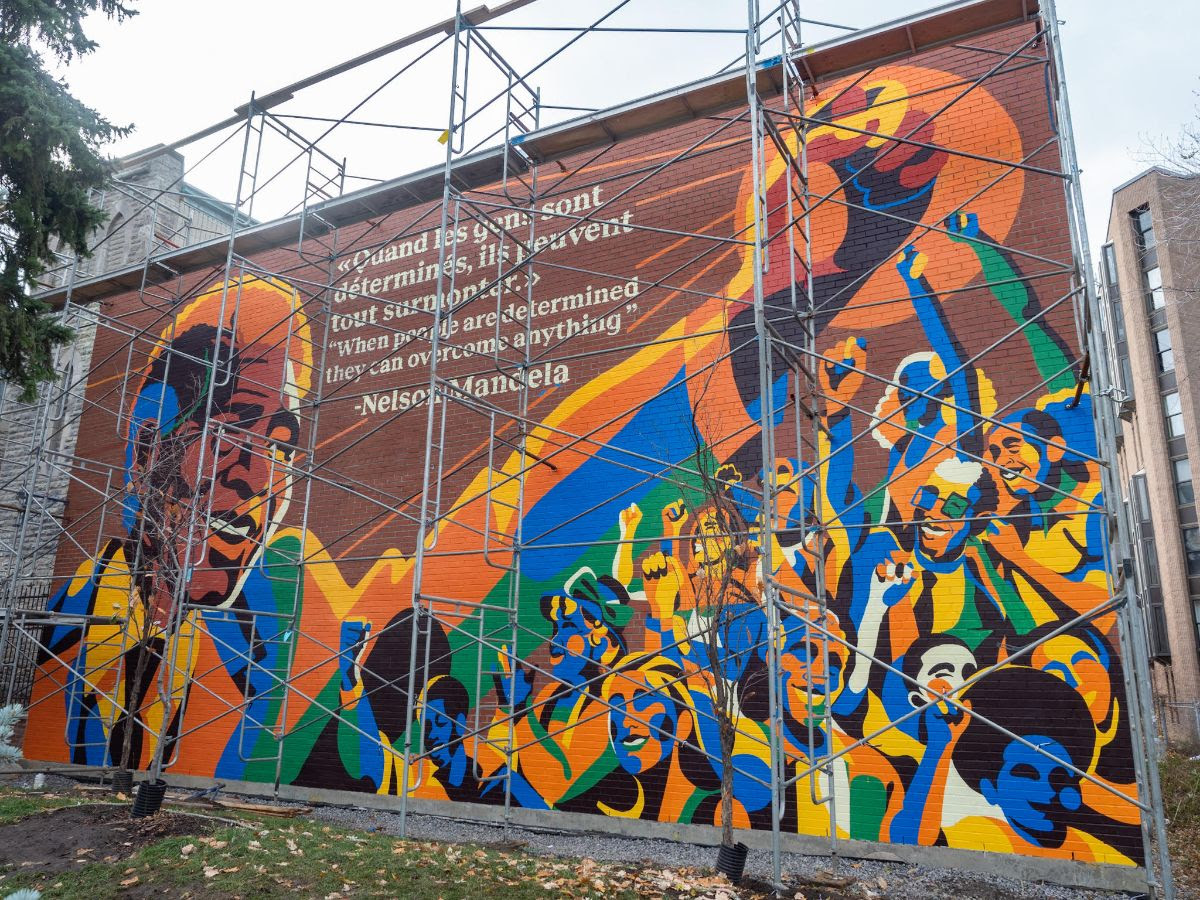 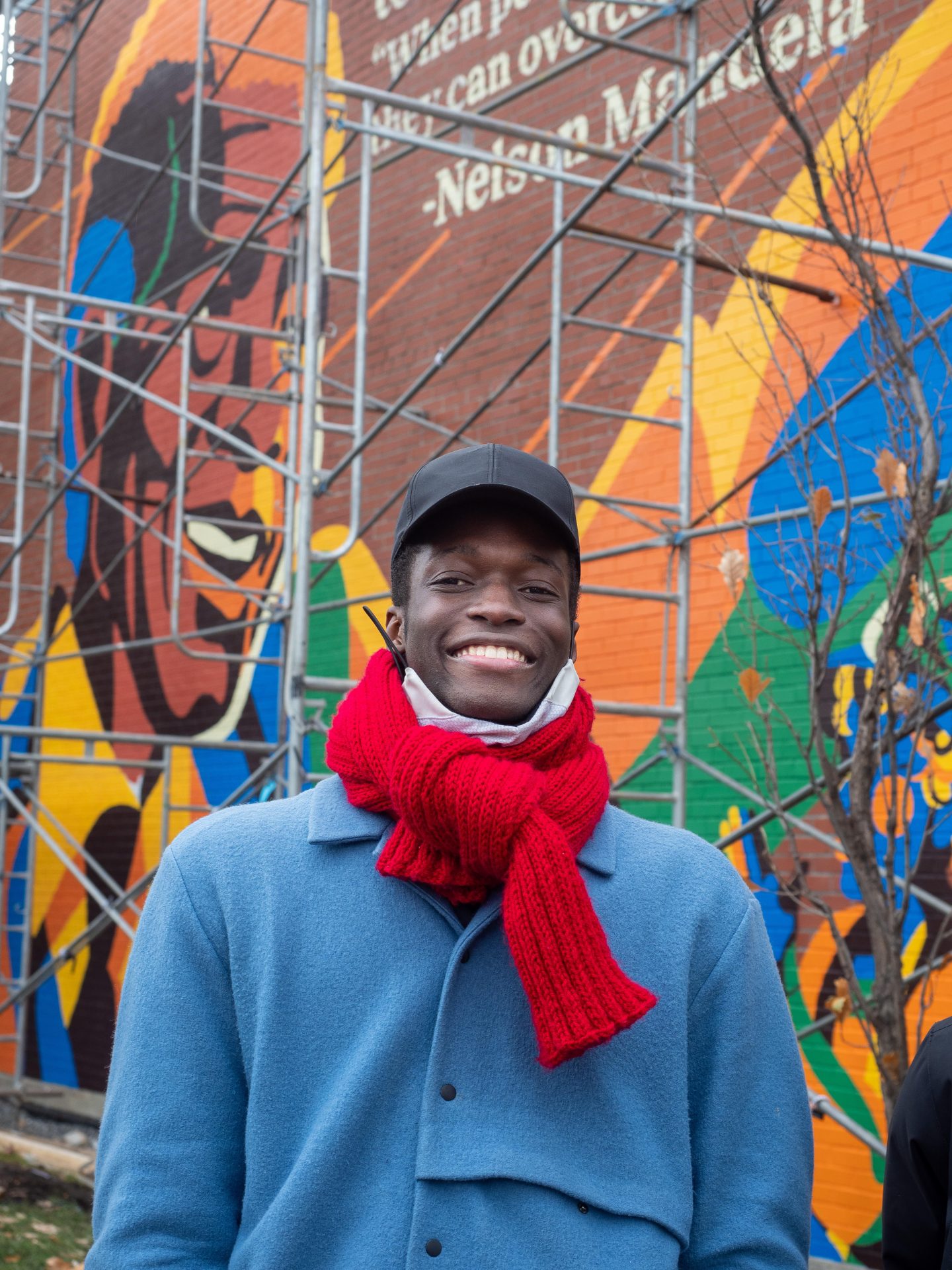 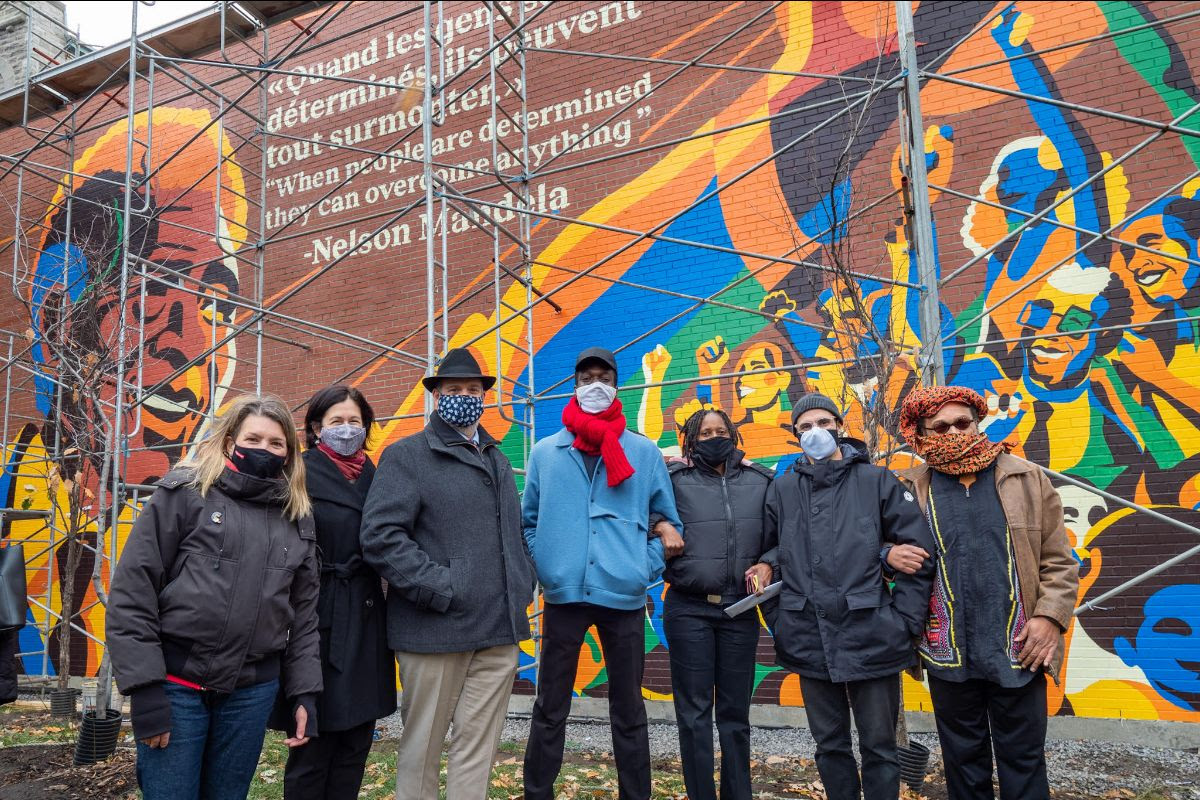