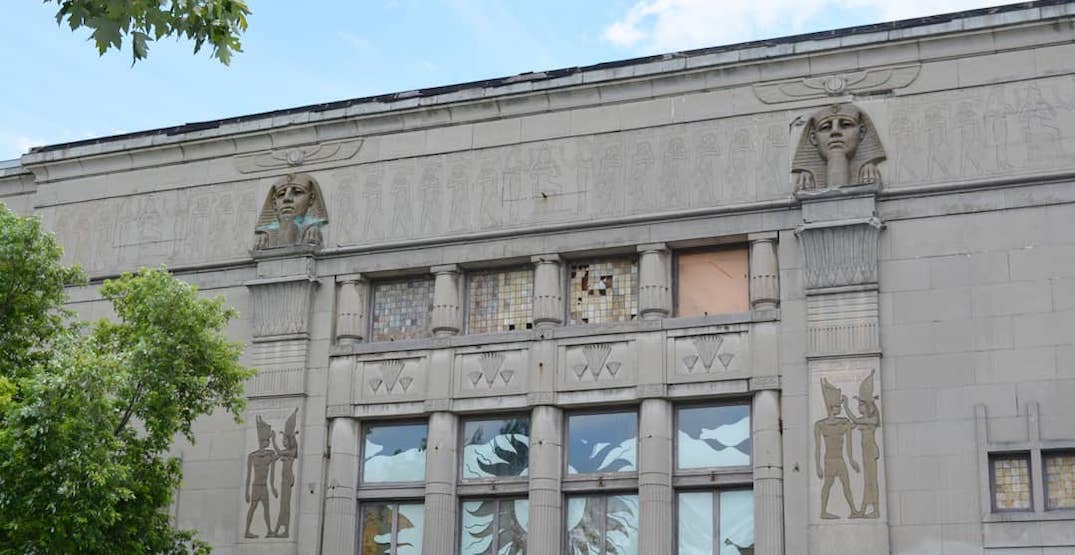 Montrealers will be able to chime in on what to do with the abandoned Empress Theatre in NDG.

The historic Egyptian Revival style theatre on Sherbrooke Street has been unused since it was damaged in a 1992 fire.

The borough of Côte-des-Neiges—Notre-Dame-de-Grâce announced on Tuesday the start of public online consultations to determine the future of the deserted landmark.

“The time has finally come to talk about the Empress,” says the Ville de Montreal website. “Share your ideas and comments — even the most unusual ones — and imagine what the space could be like in the future. You can provide your input at any time of day.”

The consultations will run from now until December 10, exclusively online due to the pandemic.

Starting on December 11, Montrealers will be able to vote on the proposals and how to transform the iconic building into a more useful space.

Built in 1927, the Empress Theatre played host to a variety of forms of entertainment over the years, including burlesque, dinner, theatre, and films.

In 1962, it was converted into a café-theatre called the Royal Follies before becoming a two-tiered cinema (Cinema V and Salle Hermes) in 1968. Famous Players bought the venue in 1988 and turned it into a cinema for feature-length blockbuster films. In 1992, it was destroyed in a fire and has been abandoned ever since.

The City of Montreal bought the venue in 1999 and it was returned to the Côte-des-Neiges – Notre-Dame-de-Grâce borough in 2001. Several projects to repurpose and enhance the building were proposed over the years and nothing came about it.

Here’s hoping this year’s consultation takes the timeless building in a different and more realistic approach.