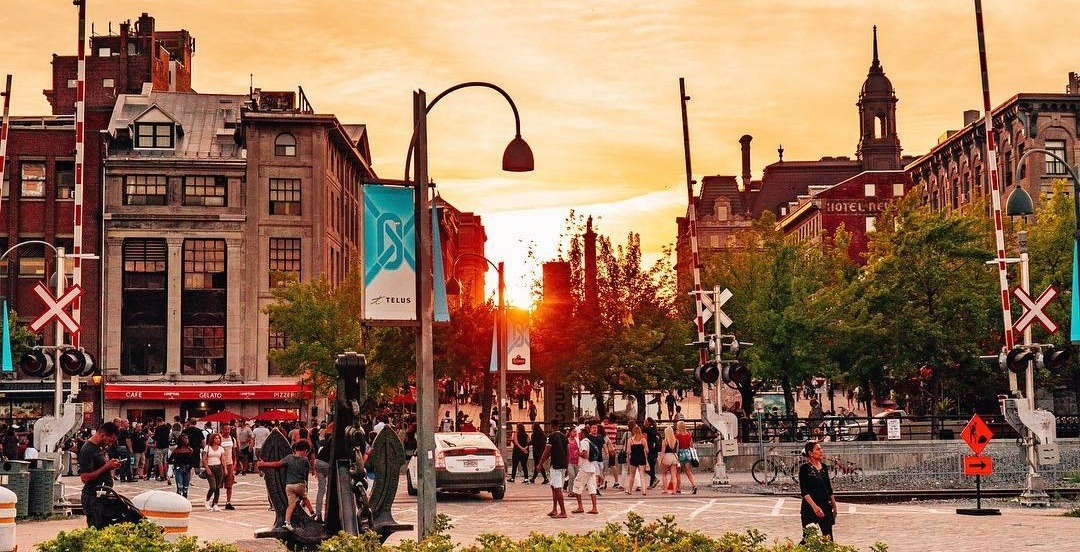 Here’s hoping August carries over all the enjoyment from July but leaves the dangerous heat behind. The massive music festival Osheaga is surely going to headline the weekend, but our fair city is oozing with events to keep everyone busy this weekend, August 3 to 5. 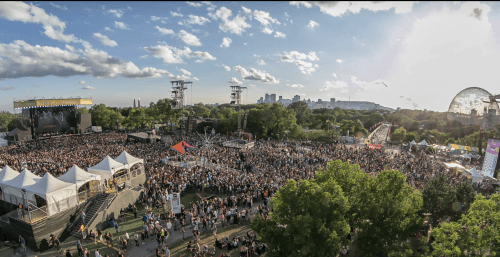 When it comes to music festivals, it’s hard to top Osheaga. The 3-day indie music festival is at Parc Jean-Drapeau this weekend, with hundreds of bands and thousands of spectators spread out across six stages on Île Sainte-Hélène.

After travelling to Mirabel and Laval, PoutineFest is back to its original location at the Jacques Cartier Quay in the Old Port and everything is gravy.

When: From now until August 5
Time: 11 am to 11 pm
Where: Jacques Cartier Quay – Montreal’s Old Port
Price: Free

When: August 3 to 12
Time: 9 am – 5 pm
Where: Boulevard Saint-Laurent between Rue Jean-Talon and Beabien
Price: Free 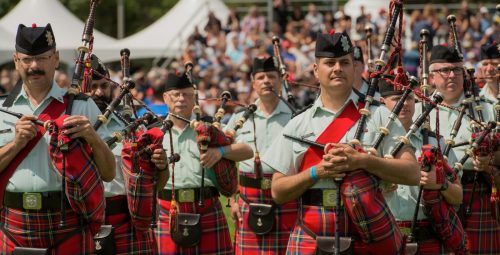 Great Scott! Every summer, the Montreal Highland Games brings together people from all backgrounds together to celebrate the heritage of Scotland.

Whether you’re Scottish or not, all are invited to celebrate the Highland Games activities.

Montreal Beachclub is the host of North America’s biggest outdoor club. Located in Pointe-Calumet, an easy 45-minute drive from Montreal, Beachclub can host up to 10,000 guests. The club is beachside and forms an intriguing fuse of the beach and electric dance music.

The American singer/songwriter Nicky Jam will be spinning beats to kick off the month of August.

Unless you have the luxury of camping out for all three days at Osheaga, it’s tough to choose the best day to go as so many great artists are spread out all weekend.

If you fancy Saturday at the festival, it’s headlined by  The Arctic Monkeys, Khalid, Tyler, The Creator, Lord Huron, Future Islands, Blondie and the Montreal-band, John Jacob Magistery.

The largest food truck festival in the province has begun. Olympic Stadium is known for a lot of things but First Fridays have got to be high on the list. The city’s food trucks gather at Olympic Stadium showcasing an array of mouthwatering local food allowing Montrealers to sample dishes from over 50 food trucks.

You can expect to find everything from tacos and churros, to mac and cheese and lobster rolls. The event takes place on the first Friday of every month all summer and guess what this Friday is?

Beachclub is hosting back-to-back events on this first weekend in August. Vini Vici will be mixing tunes on Sunday and he’s joined by none other than Benny Benassi.

“Push me and then just touch me ’til I can get my satisfaction.”

Summer of ’84 at Cinéma du Parc

Fresh off its sold-out premiere at the Fantasia Film Festival, Summer of ’84 takes its indie-horror story to the cozy Cinéma du Parc.

The film follows a group of teenage friends who suspect that their police officer neighbour is a serial killer. They spend the summer spying and gathering evidence on him but things get dangerous as they get closer to the discovering the truth.

The directors will be present at the screening for a Q&A before each showing.

Local sailors Éric Michaud, Francis Désilets and Yoda Lefebvre will be at the Old Port’s pier telling tales of the watery depths and hidden legends of the sea. Stevedores and captains recount tales of courage, betrayal and lost love during memorable storms and encounters with terrible monsters and mythical sea creatures.

Clerel and Only the Righteous are local musicians who know how to bring it. They play a Motown style of music – very unique and mellow vibes. The group will be playing at their usual Friday spot, Honey Martin Pub, the perfect intimate setting for the type of music Clerel and co. bring.

On arguably Osheaga’s most popular day, the big artists come out on Sunday to cap off the festival.

Dip your toes in the water, paddle up to the screen or relax in the park.

The official afterparty of Osheaga happens at the ever popular New City Gas nightclub. The venue promises to host special and surprise guests but have been very secretive about who it is. Regardless, the club will have bottles, drinks and music galore.

Aba and Preach Cookout at Pied-du-Courant 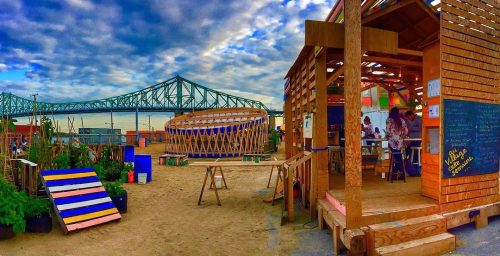 Fresh off their Haiti tour, Montreal’s popular comedy duo, Aba and Preach, are hosting a stand-up-based BBQ at the urban beachside village this weekend.

They’re bringing some DJ friends, some dancers and some cooks to celebrate multiculturalism. They will be performing comedy whenever they’re not busy stuffing their faces with delicious food.

When: Saturday, August 4
Time: 9 am – 1o am
Where: Promenade d’Iberville
Price: Free

The Atwater Market is a massive farmers’ market located in Saint-Henri that’s been running since 1933. The market features both indoor and outdoor vendors from a vast variety of local options: meat, bread, cheese, fruit, vegetables, flowers, candy, pizza and ice cream.

The market is free to enter and a lot of outlets hand out free samples. Take a stroll through the market, it’s lovely. 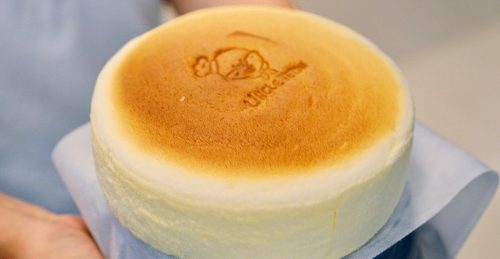 The wait is finally over as the Japanese mega-chain Uncle Tetsu opened its first ever Montreal outlet this week.

The puffy, rich and cloud-like pastry has success shops in Vancouver and Toronto and they are absolutely decadent.

If the lineup is quiet, go nab these addictive little things. Who are we kidding, get one even if there is a line.

The 2nd edition of the Madonna Dance Party is dedicated to, you guessed it, the original queen of pop. DJ Jeffany will be playing Madonna’s biggest hits and rarely played gems spanning her entire four-decade career. 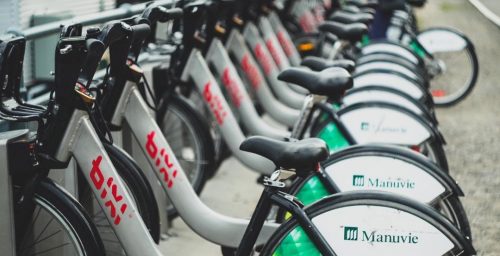 BIXI Bikes have added a couple new features this month. Some are equipped with a green laser light system and some are motor-powered. There are only about 40 specialty bikes spread throughout the city, why not go on a hunt for one?

When: BIXI Bikes are in service until mid-October
Time: 24/7
Where: Various loading docks around Montreal
Price: $2.95 for one-way trips, $5 for day passes, $10 weekend pass

Secret Montreal hosts a haunted guided tour of Montreal’s former Red Light district. Learn about the city’s indecent past and maybe even stumble into a ghost.

The Orientalys Festival returns for its 8th edition today at the Old Port. The festival honours east-Asain culture through an array of shows, animations, exhibitions, workshops and dance. The site also features authentic cuisine and drinks. 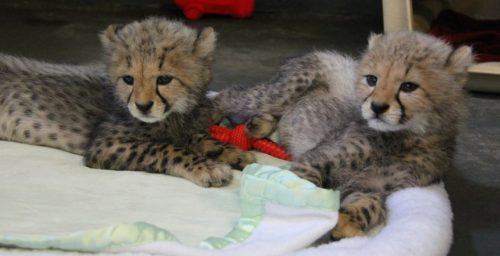 Get your animal fix by heading to Parc Safari, an easy 40-minute drive off the island. The park offers an optional Safari Adventure upon entering. You can drive up and see a variety of exotic animals from your car including zebras, ostriches, buffalo, llamas, and camels.

The park will showcase their newest additions, four baby cheetahs, only the second time in the history of Quebec that cheetahs have been born in the province. The first were born at Parc Safari in May 2017. Meaning, there’s a total of six young, adorable cheetahs to check out.

Inside the park, take a walk down the Forest Trail where you have an amazing vantage point of other animals including, monkeys, hyenas, and bears. Don’t forget the lions, but we didn’t have to tell you that.

When: Parc Safari is open until October 8
Time: 10 am – 5 pm
Where: 280 Rang Roxham, Hemmingford
Price: Prices vary depending on age. Tickets available at the entrance or online