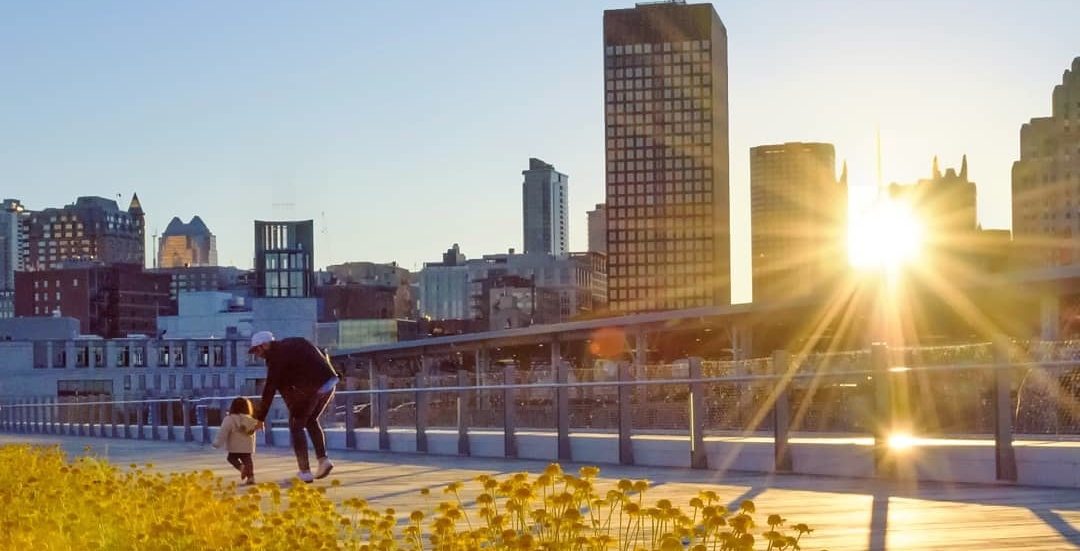 Montrealers can feel the warmer temperature in the air and it doesn’t seem to be going anywhere, not for a week at least.

According to The Weather Network, starting today, the city is forecasted to enjoy a week straight of double-digit warmth.

Although rain is expected to drizzle out the upcoming Easter weekend, temperatures won’t dip lower than 12ºC all week with highs of 18ºC.

What’s even more encouraging is that next week’s sunshine is supposed to bring eight, twelve and eleven hours of sun, from Monday to Wednesday, respectively. 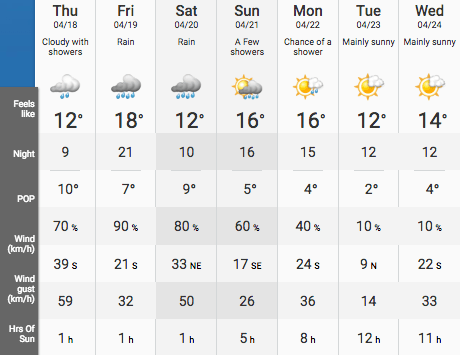 Though Good Friday is expected to bring up to 30 mm of rainfall, it’s also predicted to feel like 22ºC — take that, remaining snow.

Now might be a good time to state that the city’s long-lasting winter is officially behind us. But, you better not, just in case.