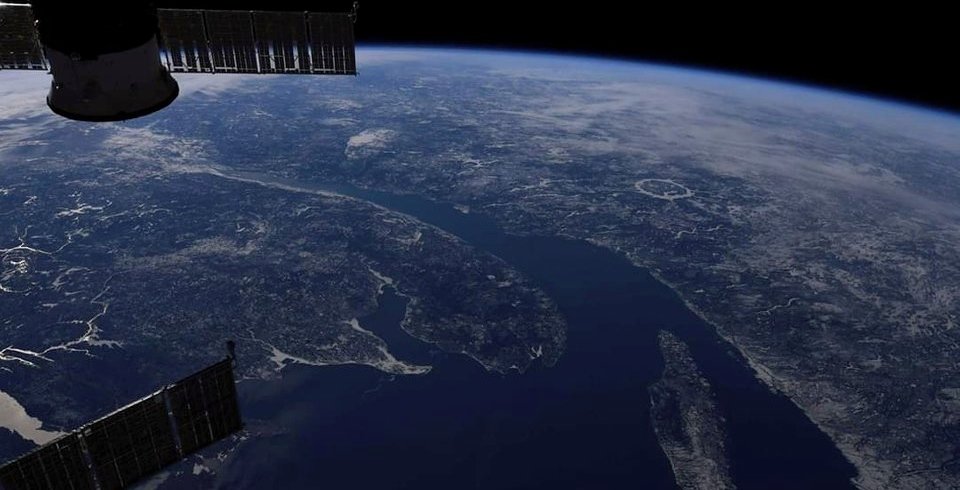 Fresh off of Canada’s first space walk in 12 years, David Saint-Jacques snapped a cosmic picture of the Saint-Lawrence River from space and it’s — wait for it — out of this world.

An engineer, astrophysicist and medical doctor, from the École Polytechnique de Montréal, Saint-Jacques is operating Canadarm2 and performing maintenance duties.

The 48-year-old Quebecer is scheduled to land in June 2019, which would be Canada’s longest mission to date. When he’s not space walking or you know, living in outer space, Saint-Jacques remains active on Twitter and updates earthlings on what’s going on outside the planet.

He recently posted a picture to his account of what he called “the majestic” Saint-Lawrence River. 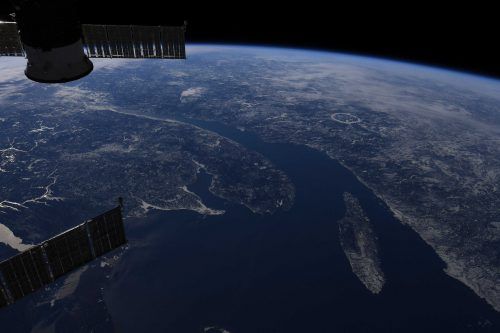 The galactic pic offers unbelievable views of southern Newfoundland, eastern Quebec, and northern New Brunswick, along with Anticosti Island, Rimouski, Gaspé, Percé, and a great perspective of René-Levasseur Island, which looks like a smiley face from space.

Quebec City is barely visible as the majestic river narrows down further west (just under the satellite.)

Saint-Jacques’ photo certainly helps to put his vantage point into a beautiful perspective of how small, and how close, we all really are.