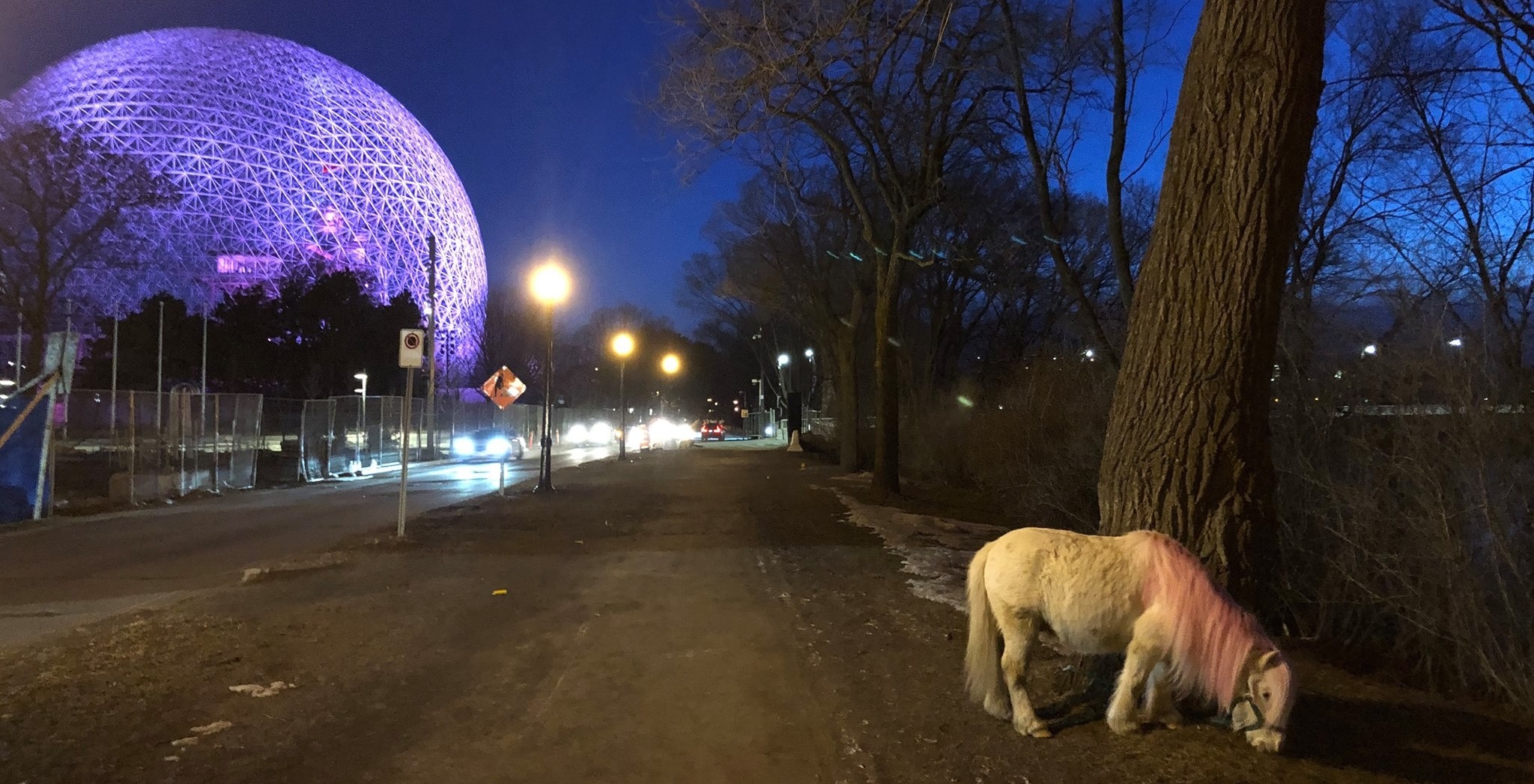 A little bit of Easter magic is in the air in Montreal as a tiny, white, pink-maned pony has reportedly been spotted numerous times wandering around Île Sainte-Hélène.

A Facebook page has been created in dedication of the mini steed, hoping that photographed sighting of the pony will lead to locating the mysterious animal before returning it safely to animal control.

Gilles Bouchard says he first spotted the mini-horse on a side road near the Biosphere, “I decided to create this page to help the horse I saw on Île Sainte-Hélène,” reads the Facebook page, “it had a pink mane and looked lost. When I approached it, it ran away.”

Over 500 people have since joined the social media page since its creation earlier this week.

No details have emerged as to where the pony came from, whether it’s still on the island, or if we’re all living in a real-life fairy tale.

So far, the only proof that the pony exists comes from pictures uploaded to the Facebook page. An employee for the Société du Parc Jean-Drapeau told Daily Hive nobody who works for the island has seen the pony but they are actively looking for traces of the horse.

The pony has also yet to show up on any of Parc Jean-Drapeau’s security footage.

But come on, if movies have taught us anything, we all know magical animals are immune to surveillance cameras.

Three new photos of the pony were added to the Facebook page on Tuesday which asks more Montrealers to share pictures of the pink-maned pony, should anyone bump into it.

Whether or not this is a delayed April Fools joke, that is definitely a photo of a pony with a pink mane. 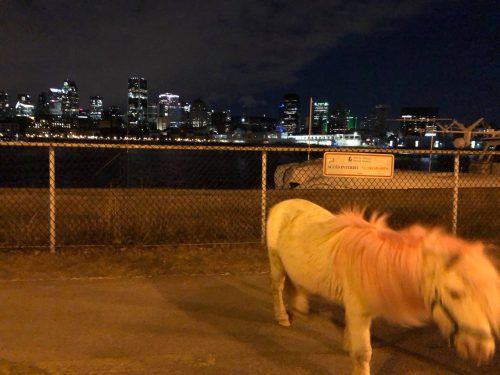 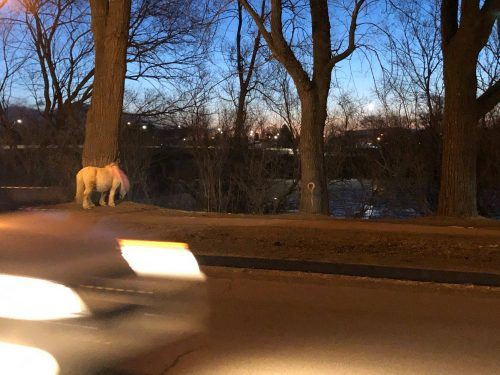 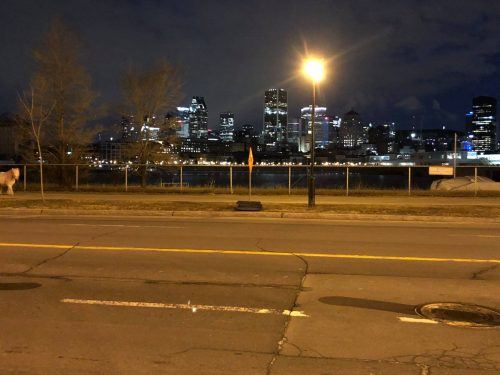