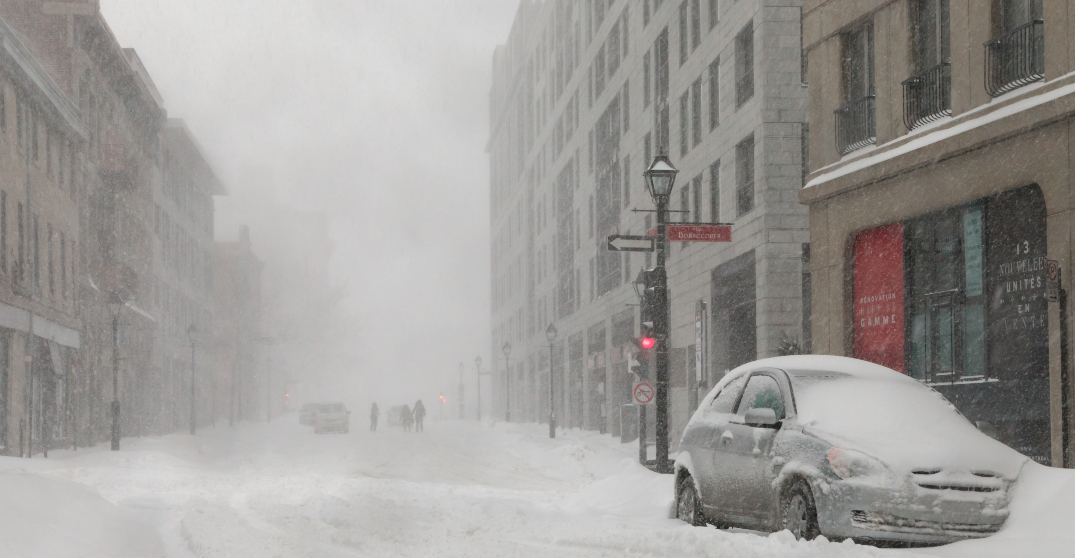 Environment Canada has issued a special weather statement for the island and its surrounding areas, calling for the possibility of “significant snowfall” on Friday.

Environment Canada says the precipitation will mainly be in the form of snow with possible amounts exceeding 10 centimetres by Saturday morning. Further south, the rain will gradually change over to snow during the day on Friday, which will reduce the expected snowfall amounts.

The agency says the weather system’s track has plenty of “uncertainty and the scenario could still change significantly.:

The alert, which was issued just after 4:30 am on Thursday, is in effect for the following areas:

During AccuWeather’s winter forecast from October, the weather agency predicted that Quebec could see “higher snowfall amounts” than usual this winter, coupled with “above average” temperatures in Montreal. 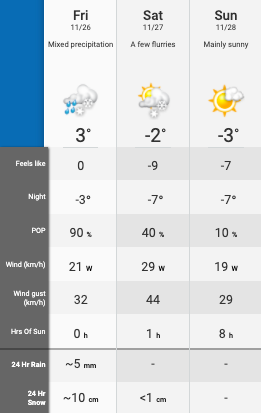 Temperatures are expected to dip to “feels like” lows of -9ºC on Saturday and -7ºC on Sunday.