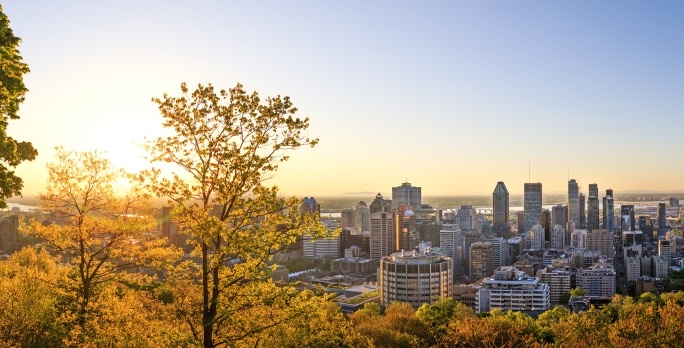 Montrealers are spending the second week of April much like how we spent December through March: angry about the snow.

Freezing rain and heavy snow isn’t exactly the ideal way to start off the first official full month of spring, but warm weather appears to be on the horizon.

And hopefully, it stays this time.

Montreal had a taste of sunny and warm weather last Sunday, which was quickly forgotten thanks to a downfall of unexpected powder.

According to The Weather Network’s 7-day forecast, however, another toasty weekend is headed towards the island, headlined by Saturday’s sunny afternoon with a high of 16ºC.

What’s equally exciting is that starting tomorrow, according to the weather agency, Montreal is due to get sunshine and more April-esque temperatures from now until the weekend.

A chance of showers on Friday, coupled with warm weekend weather, should melt away the rest of that pesky April snow. 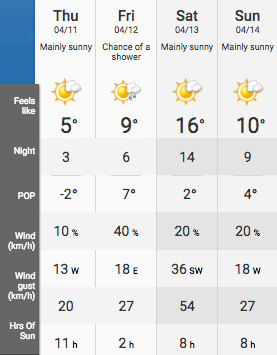 Remember how discouraging the snow was this week when you’re enjoying the outdoors and 16ºC on Saturday and 10ºC on Sunday. It’ll be perfect timing to catch some rays before you spend hours in the dark on Sunday night watching the Game of Thrones premiere.

We’r rooting for you this time, Mother Nature. Don’t let us down again.