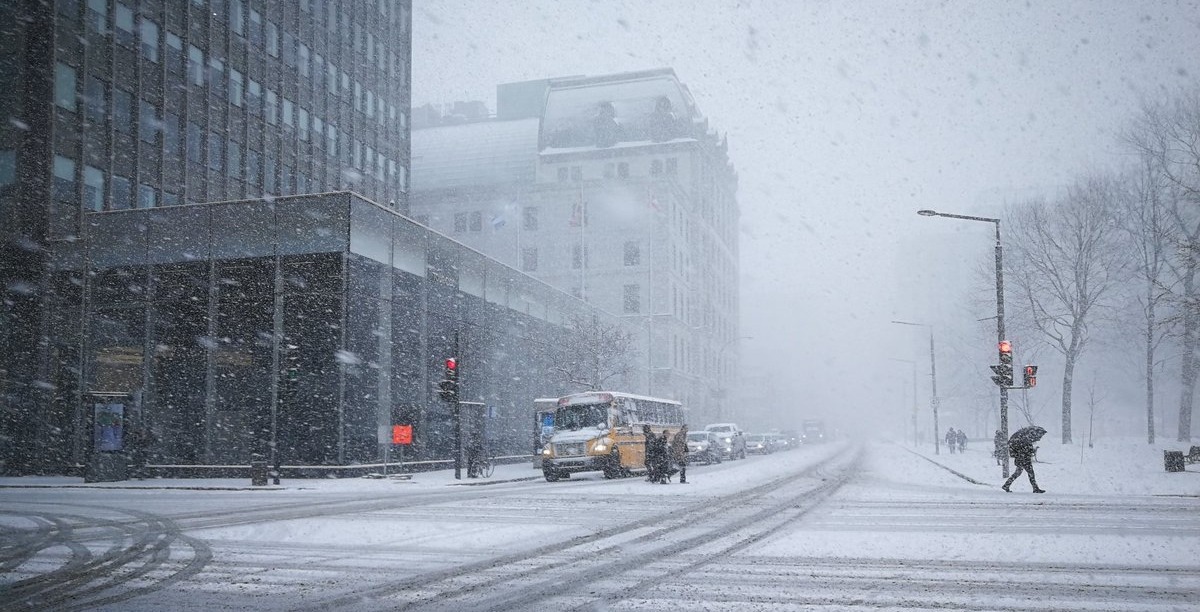 Swear words likely echoed through the Montreal streets today as the city awoke to snow.

And not just your (typical?) April snow, the city is enduring thick, heavy, lasting snow.

According to Environment Canada’s special weather statement, Montreal could see up to 10 cm of powder which is expected to last through the night.

Today’s snowfall in Montreal is not exactly the definition of April 9 weather and the only place that’s warm and dry in the city is on Twitter.

Montrealers took to the popular social networking site to deal with the snow the best way our generation knows how: GIFs, jokes, memes, and sarcasm.

Besides, Montrealers have dealt with enough wintery weather this year, the best reaction at this point is laughter.

As you shovel those boots, coats, and gloves out of the closet, here are some of the funniest reactions to today’s ‘spring snowstorm’ in Montreal.

Who needs 70 and sunny when you can have iced trees in April? #montreal #canada #endlesswinter pic.twitter.com/vwzh8H65x1

#Montreal is being taken over by Elsa! pic.twitter.com/MDKpnqcbeL

I’m gonna blame this one on ol’ Jacques Cartier. Like bro you came from Europe, travel a few extra days and establish the city in Florida ffs. #Montreal #mtl #weather

Montreal’s weather to us: pic.twitter.com/a8U7rYNfnl

Montréal: oh y’all want a snowstorm in the middle of spring? pic.twitter.com/RJjSZvd0H8

@montreal getting ready for @GameOfThrones
Winter is “Still” coming pic.twitter.com/4rKzQ7GjZy

Thickly falling snow as seen from my office window on this frosty April morning of the neverending winter in Montreal #Narnia pic.twitter.com/Kxe5xIssfM

Alright HBO, we get it, you have a huge marketing budget for the new Game of Thrones season.

But the endless winter in Montreal is a bit much.

Trending in Montreal #snow I don’t need to read anything, just looking from my window is depressing enough.

So you want to be canadian?!? April 9th is still winter bitches #Montreal pic.twitter.com/vx6aO3skgH

This is what Montreal looks like in April. 😤 pic.twitter.com/MuZrS4unJZ

If you live around Montreal I hope you guys didn’t put your summer tires on already. We had a crazy surprise this morning… Not again!! 😭 pic.twitter.com/PCm4JZmR6v