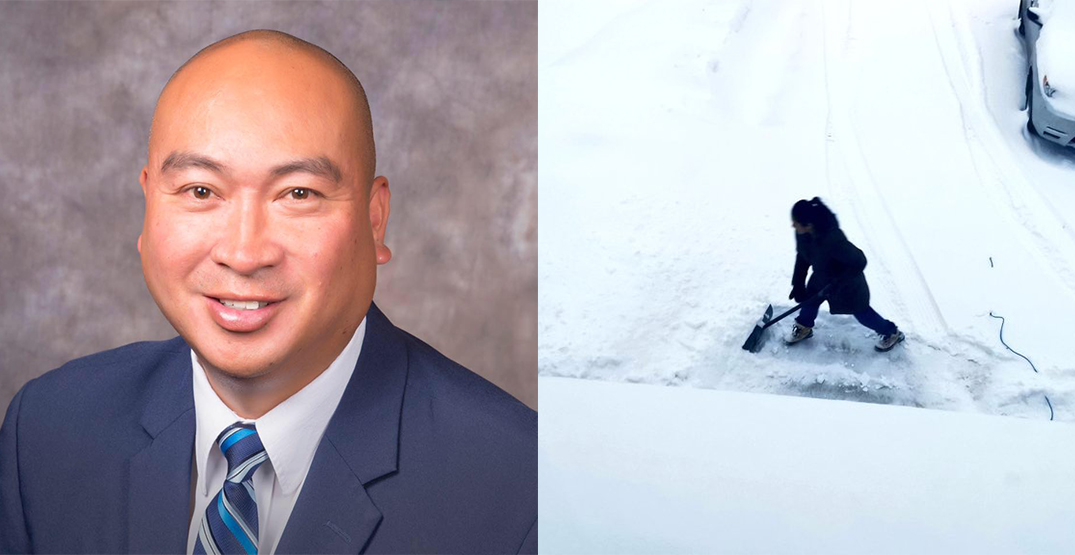 A Manitoba cabinet minister has gone viral over a tweet about his wife, and the internet is having a field day.

Jon Reyes, the minister of economic development and jobs, tweeted a photo of his wife, Cynthia, shovelling snow in frigid Winnipeg temperatures after a 12-hour hospital shift.

“Even after a 12-hour night shift at the hospital last night, my wife still has the energy to shovel the driveway,” Reyes tweeted on Saturday. “God bless her and all our frontliners. Time to make her some breakfast.”

Even after a 12 hour night shift at the hospital last night, my wife still has the energy to shovel the driveway. God bless her and all our frontliners. Time to make her some breakfast. 🙏🏽 pic.twitter.com/91vahySLqO

All I wanted to do was shovel! 🤦🏻‍♀️ https://t.co/dlGyMnZV0r

Reyes was trending on Twitter over the weekend with his post garnering thousands of retweets and replies roasting him for being unhelpful and insensitive.

Another predicted what kind of breakfast Jon was making for Cynthia.

The breakfast he made her: pic.twitter.com/IhmHSYjkMB

Others are showing solidarity for Cynthia.

Everyone put shovels out for Jon Reyes’ wife pic.twitter.com/DBovjgQrlP

A former Alberta politician swears that not every political husband is like this.

Ladies, let the record show that this is not a depiction of every politician husband.😳 #abpoli #ableg https://t.co/tlKPGXztvq

Oh no, he stood at the window and admired his work for hours. https://t.co/ZSgSvliGnh

The cabinet minister responded to the international attention in a statement to Daily Hive.

“My wife is amazing, both at home and at work. I’m eternally grateful for her and everything she does. I love her very much,” he said. “I’m happy that she is getting the worldwide recognition she deserves, and it serves as a reminder to everyone — especially me today — that we can never do enough to show our gratitude to healthcare workers.”