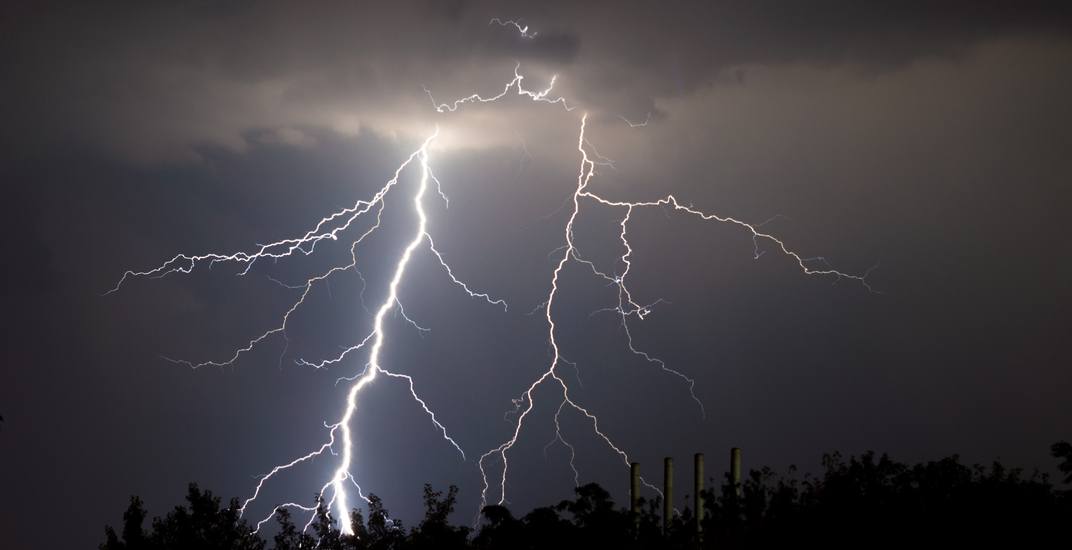 First it was the heat wave, and now a severe thunderstorm watch has been announced for Châteauguay – La Prairie, the Laval, Longueuil-Varennes, and the Montreal Island area.

“We will see strong winds and heavy downpours and there could be a slight risk of a tornado. Montreal can expect the thunderstorm to arrive between 5 and 7 pm,” Environment Canada meteorologist Amelie Bertrand told Daily Hive.

Bertrand said there is a chance that the storm could be as severe as the one that caused major damage in August.

“We have to watch the conditions and see how it is going to develop over the afternoon. But for sure we are looking at very heavy downpours and probably very severe winds up to 90 km/h or more,” she said.

Last months storm also produced a tornado, which ripped through the town of Lachute and caused significant damage.

Severe thunderstorm watch in effect for:

There is a risk of a tornado, strong wind gusts and heavy downpours with these thunderstorms.

Severe thunderstorm watches are issued when atmospheric conditions are favourable for the development of thunderstorms that could produce one or more of the following: large hail, damaging winds, torrential rainfall.