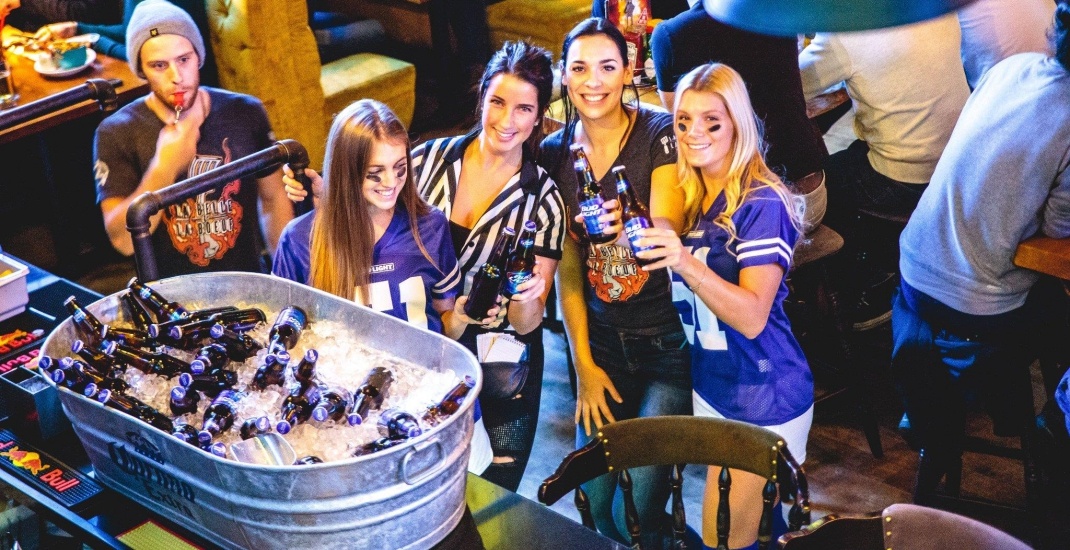 Super Bowl Sunday is nearly upon us!

With an exciting matchup between the New England Patriots and the Philadelphia Eagles (not to mention Justin Timberlake’s highly anticipated halftime performance), it’s shaping up to be quite an event.

If you don’t already have plans to attend a friend’s Super Bowl party, be sure to visit any one of the city’s many sports bars. In addition to flat-screen TVs and cheering fans, there’s some pretty special football food being made for the upcoming weekend.

Check out 9 places to watch Super Bowl LII in Montreal.

This retro neighbourhood bar located in Monkland Village is guaranteed to be pretty packed come Sunday afternoon. Known for their high-end bar food, this is the place to go if you’re looking for a slightly classier Super Bowl party experience. With regular menu items including a grilled calamari salad, rigatoni with house polpetti, and seared salmon, you are guaranteed to get some fine grub – and we can’t wait to see what sort of upscale twist they put on football food!

This BBQ joint on Saint Laurent has got football food on lock every day of the year. Known for their incredible BBQ, fried chicken, mac and cheese, potato salad, and more, Montrealers are sure to have a great time watching the game with some tasty grub in hand.

The NextDoor Pub and Grill

This industrial style pub located in the historic Caledonian Iron Works Co. building is one of the most iconic bars in Montreal. Mason jar glasses, nineteenth-century chandeliers, and massive flat screens are just a few perks of this upscale bar. Best of all, the menu deals in stadium-style concessions like ballpark hot dogs, jerk chicken wings, beer cheese nachos, bacon cheeseburgers, and more. 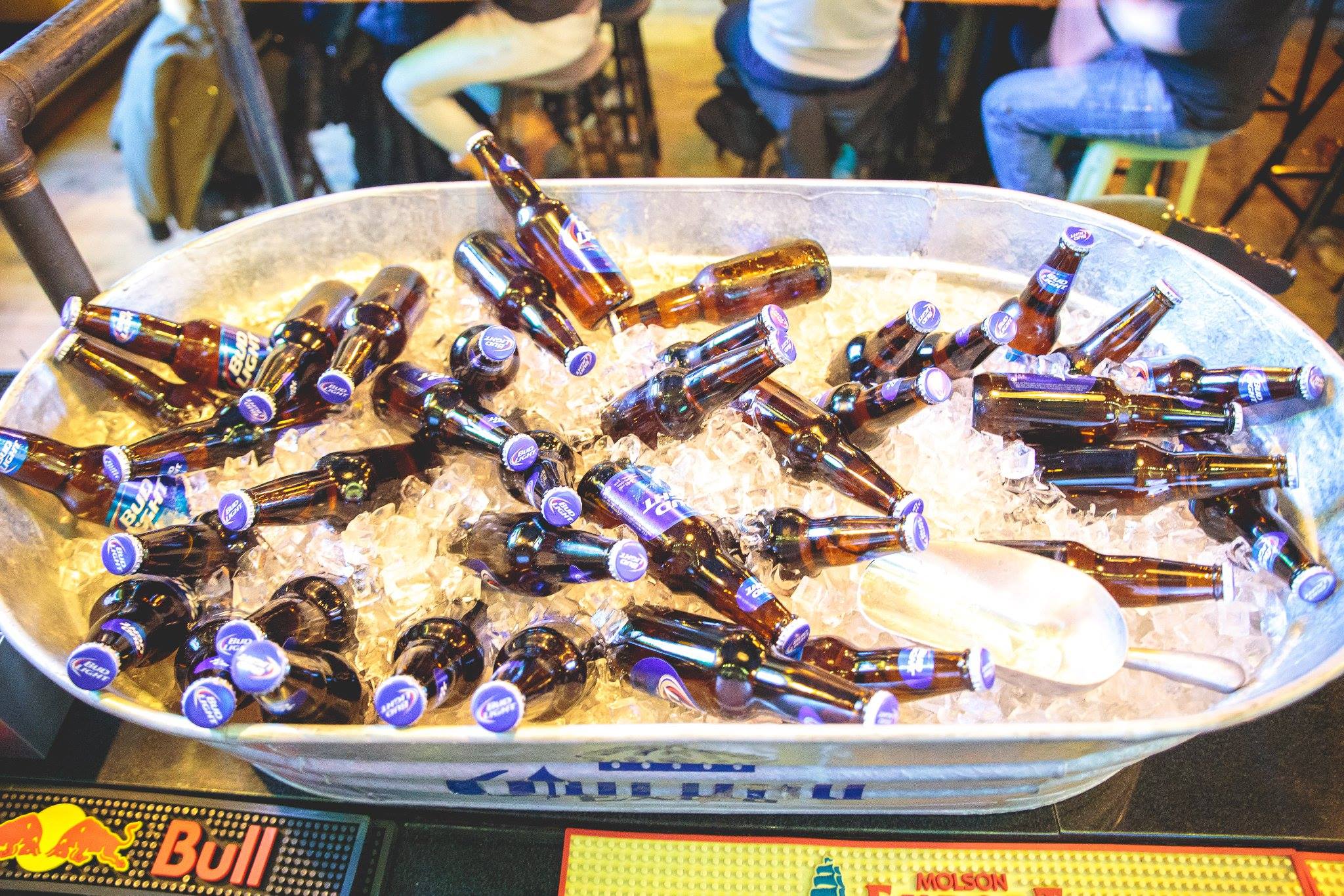 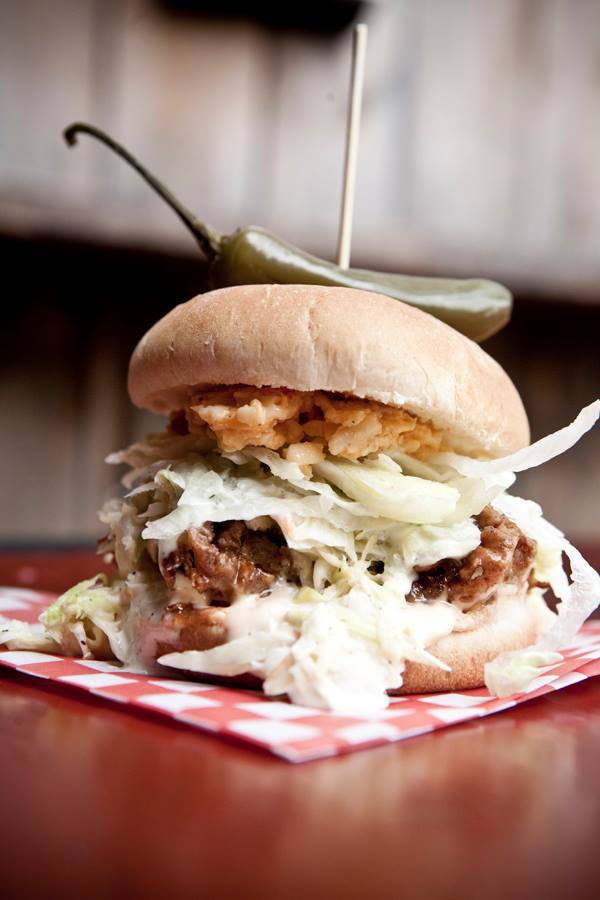 You’d better get here early to get a spot at this small Tex-Mex joint in the Plateau. Known for their buckets of fried chicken, ribs, lobster rolls, and tacos, this spot serves up some pretty delicious grub. That being said, the space is small (especially in winter when their lovely patio is closed) so be sure to get there well before kickoff.

Microbrewed beer isn’t the only reason to visit Miss Villeray. With a reputation for their themed party nights, it’s no surprise that Miss Villeray is one of the best spots to watch the Super Bowl in the city. Their food menu is perfect for football season, featuring grilled cheese sandwiches, steak nachos, cheese platters, and five types of homemade pizzas.

Located in the heart of the Plateau, you’ll be able to nibble on everything from the Tailgate Hotdog (made with pulled pork, bacon, sausage, and coleslaw), to the Nachos TBK (comprised of monterey jack cheese, olives, jalapenos, coriander, lime, salsa, sour cream, and guacamole) come Sunday night.

This bar and local favourite situated in Montreal’s downtown core is going all out for Super Bowl LII. There will be discounts on food, drinks, and a special football menu filled with bites such as mac and cheese, beef tenderloin, prime rib, salmon tartare, and more.