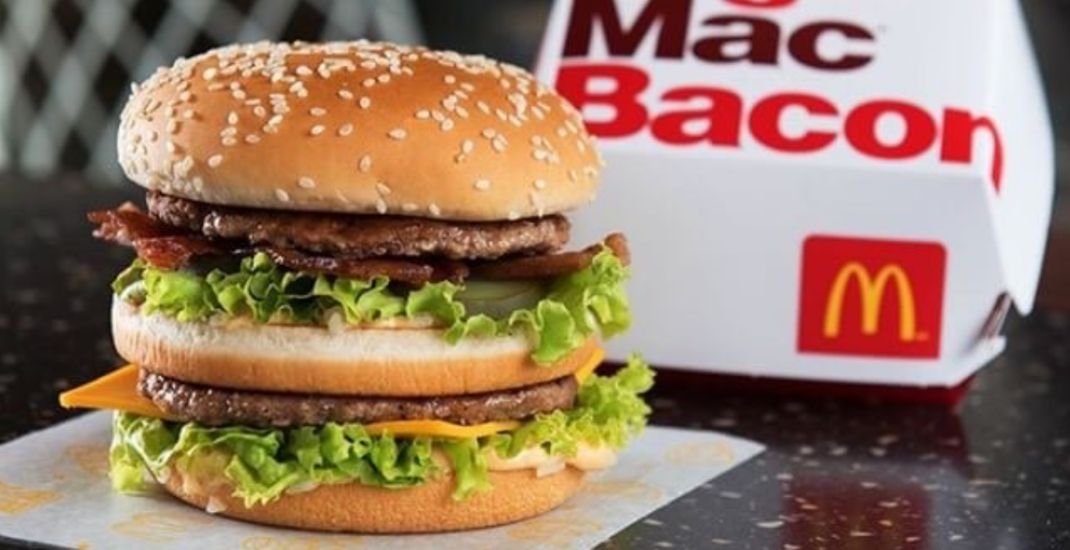 The ever iconic Big Mac celebrates its 50th birthday in 2018 and for the occasion McDonald’s Canada is bringing back the Big Mac Bacon.

The classic double-decker burger topped with legendary special sauce, shredd’uce, processed cheddar, pickles and onions on a toasted sesame seed bun, was invented by Pittsburgh’s Jim Delligatti and first served in the US and Canada in 1968 (a year following the opening of McD’s first Canadian location),

“Over the course of its 50-year history, the Big Mac has become a culinary icon and the recipe has remained unchanged since its introduction. That’s pretty remarkable,” says Jeff Anderson, McDonald’s Canada Chef in a news release. “The addition of another Canadian classic—bacon—to the sandwich for a limited-time symbolizes the modern McDonald’s journey, with innovative menu items alongside much-loved classics.”

You can get a Big Mac crowned with bacon at participating Canadian outlets starting today, January 30, 2018, for a limited time.