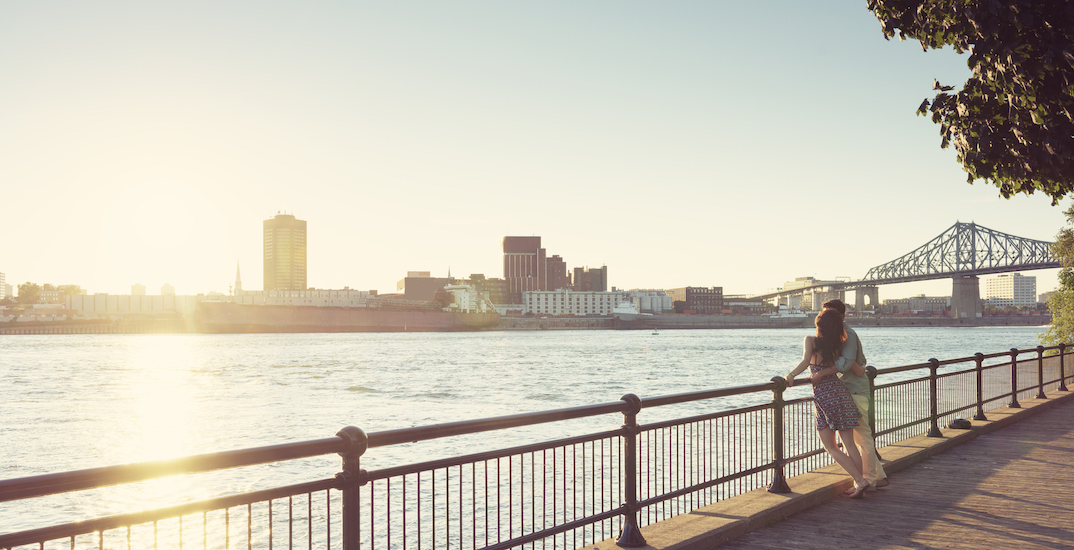 The summer season isn’t going down without a fight.

With summer coming to an official close on Tuesday, Mother Nature is offering up some much-welcomed sunshine as the season switches to fall.

According to The Weather Network, Monday’s 13ºC weather will kick off a week of low-20º weather, capped off by ‘feels like’ temperatures which are forecasted to reach the near-30s.

Tuesday is expected to brig 10 hour of sunshine to Montreal followed by back-to-back days of 21ºC, an even 20ºC on Friday, Saturday’s scorcher, and more sunshine with a chance of showers on Sunday. 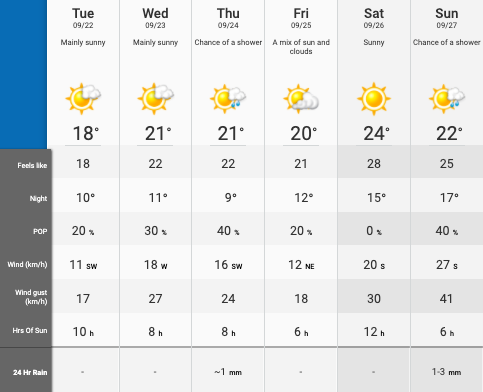 Overall for autumn, Quebec is expected to have extended periods of “nice fall weather during the next few months as above-seasonal temperatures are expected to dominate,” says The Weather Network. “While a couple tastes of early winter can still be expected during the season, November is expected to be much milder than last year when winter-like weather dominated the month.”

But let’s try not to worry about winter right now.