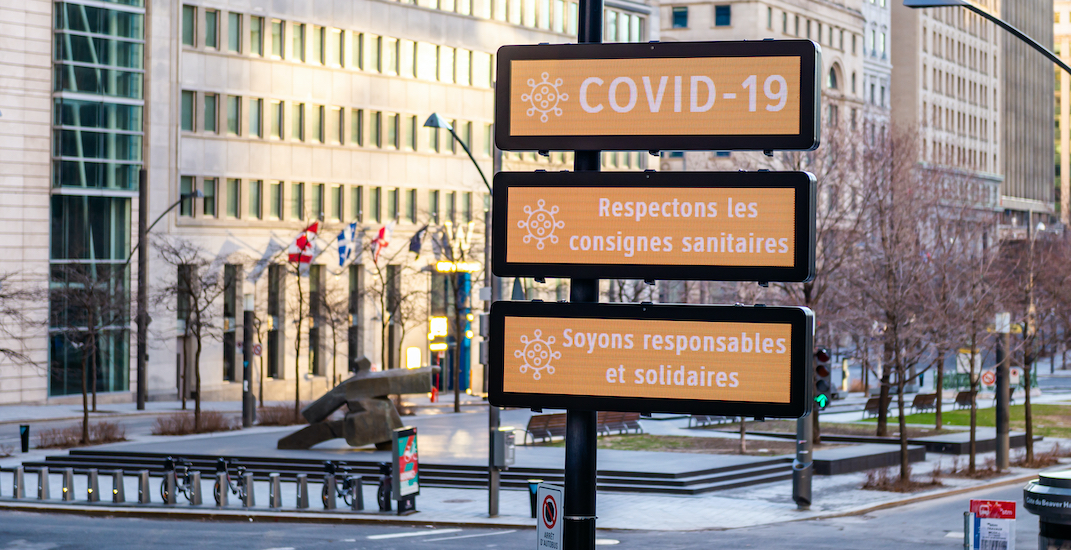 Quebec has imposed tighter restrictions on public and private indoor gatherings in parts of the province that the government has deemed as ‘zone orange.’

Montreal, Quebec City, and the Chaudière-Appalaches region have been increased to the orange colour-coded alert — the second-highest level under the province’s four-tiered COVID-19 assessment system.

All three regions were previously in ‘zone yellow.’

The green, yellow, orange, and red colours measure the risk posed by the virus in specific Quebecois regions.

Quebec Health Minister Christian Dubé made the announcement on Sunday night, citing “the number of cases is growing and our capacity to take care of the sick is diminishing.”

In orange zone regions, bars and restaurants are mandated to stop selling alcohol at 11 pm and must close by 12 am. A maximum of six customers are allowed to sit at the same table, down from 10 in ‘zone yellow.’

Indoor private gatherings are also capped at a maximum of six, down from 10.

Large-scale events, such as religious services and weddings, will be capped at 25 people, down from 250.

At venues where people can stay seated, such as theatres or music venues, the limit is still 250 people in orange zones.

Dubé said the government will not be enforcing regional restrictions again but discouraged people from travel to different coloured zones. The minister also stressed that Quebecers should only get tested if they have symptoms or have been exposed to someone who’s COVID-19 positive, to avoid overwhelming testing sites.

On Sunday morning, Quebec announced the highest daily virus increase since May with over 450 new cases.