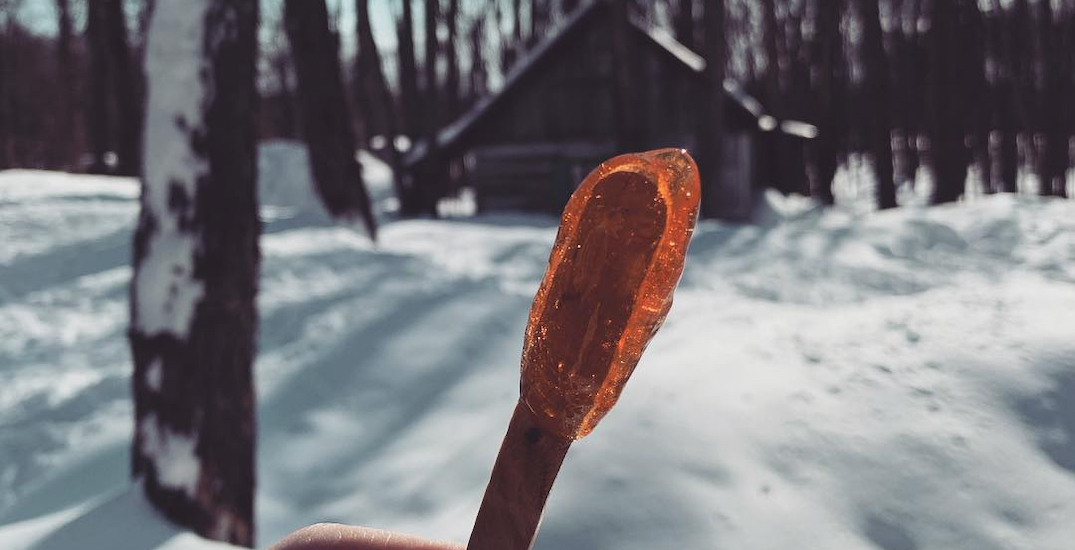 The end of wintertime means the arrival of maple syrup season and Montreal is literally oozing with a great selection of sugar shacks that aren’t too much of a trek.

Whether you’re looking for some horse-drawn carriage rides, some sticky and tasty maple treats, or some sappy photo ops, there are plenty of reasons to sneak away from the city and get a taste of the country life.

Typically open from early March to mid-April, here are a selection of sugar shacks that should be on your pre-spring radar.

Because nothing says “come to my place for brunch” like authentic Quebec maple syrup.

Sucrerie de la Montagne is a bit of a sugar shack anomaly because it’s open year round. The shack is located in the middle of a 120-acre forest surrounded by century-old maples atop Mont Rigaud.

Sucrerie de la Montagne’s founders Pierre Faucher and his son Stefan are devoted to respecting the heritage of their forefathers and perpetuating Quebec traditions with authenticity.

Plus, they serve a mean breakfast.

Érablière au Sous-Bois has one of the most extensive selections of maple products in all of Quebec. You can pick up maple syrup, maple dressing, maple caramel, maple candy, maple chocolate, maple tea, and maple jelly, to name a few.

A post shared by CabaneAuPieddeCochon (@cabaneaupieddecochon) on Jul 7, 2018 at 7:45am PDT

And of course, to satisfy your sugar craving you have to try the grand-pere in maple syrup, sugar pie, or pancakes.

Where: 864 Rang Chartier, Mont-Saint-Grégoire
Distance from Montreal: 52 km
Dates: From now until mid-April

A true sugar shack experience for all ages, Cabane à sucre Labranche invites visitors to horse-drawn sleigh rides, visit their animal farm, or go an enchanting walk through the forest.

Once you’re tuckered out from all the fun, there is a warm cabin-like oasis filled with maple goodies including pancakes and sugar pie. Alternatively, if it’s something savoury you’re after, Cabane a sucre Labranche has a multitude of delicious options such as pea soup, maple smoked ham, beet salad, and grilled salt pork.

Activities include a petting zoo and a train ride but the sugary treats are almost unmatched.

Where: 1000 Rue Nobel, Saint-Jérôme
Distance from Montreal: 59 km
Date: From now until April 19

Despite being a popular spots for weddings, Auberge Handfield is built on a 42-acre centennial sugar bush in which more than 2,000 maple trees are tapped.

In the centre of the shack, guests can check out the evaporator where sap is transformed into syrup using the same know-how of yesteryears.

The Maplery comprises three halls, each with a gorgeous wood burning fireplace and space for up to 350 people (so bring friends, family, and anyone else during the drive.)

Guests are encouraged to bring a taste of the sugar shack home through the site’s impressive array of maple syrup products and signature dishes.

Where: 555 Rue Richelieu, Saint-Marc-sur-Richelieu
Distance from Montreal: 49 km
Dates: From now until until May 9