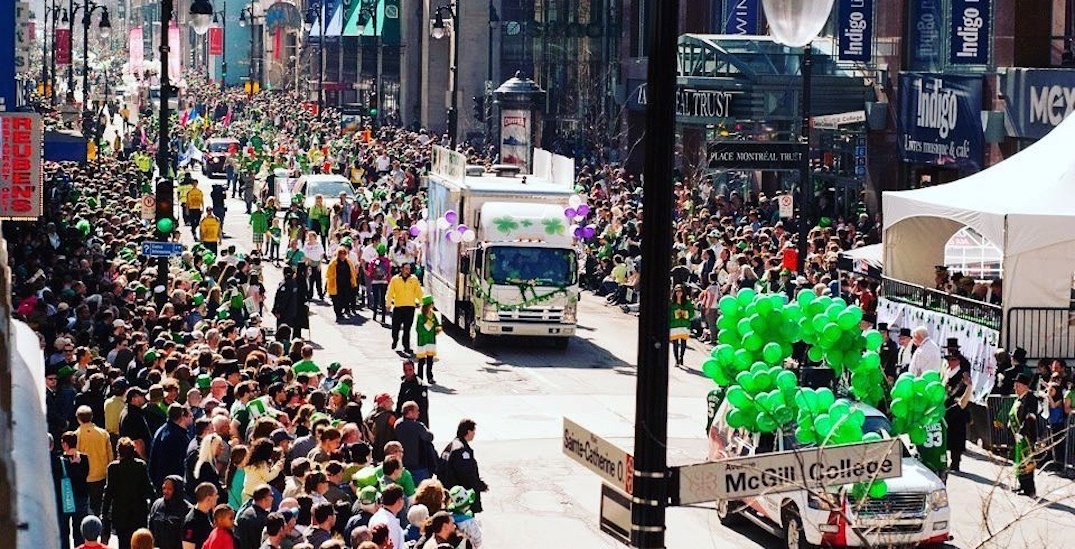 Montreal’s St. Patrick’s Parade has been cancelled again due to the ongoing COVID-19 pandemic.

The 198th edition of the event had been scheduled to take place along Ste. Catherine Street on March 14, 2021.

The United Irish Societies of Montreal, the nonprofit organization behind the annual parade, made the announcement “with a heavy heart are careful consideration” on Sunday evening.

“At this time, the health and safety of the Montreal community is our greatest priority,” says the organization’s Facebook post. “We must act in the best interest and well-being of all organizers, volunteers, participants, and spectators. Though we are disappointed to announce the cancellation, we will monitor the situation.”

The United Irish Societies of Montreal says if public safety rules allow large gatherings at any point in 2021, the organization says it will “reserve the right to hold the parade on an alternate date.”

Before being cancelled amid the first wave of the pandemic last March, Montreal’s St. Patrick’s Parade had been held every year for 195 consecutive years.