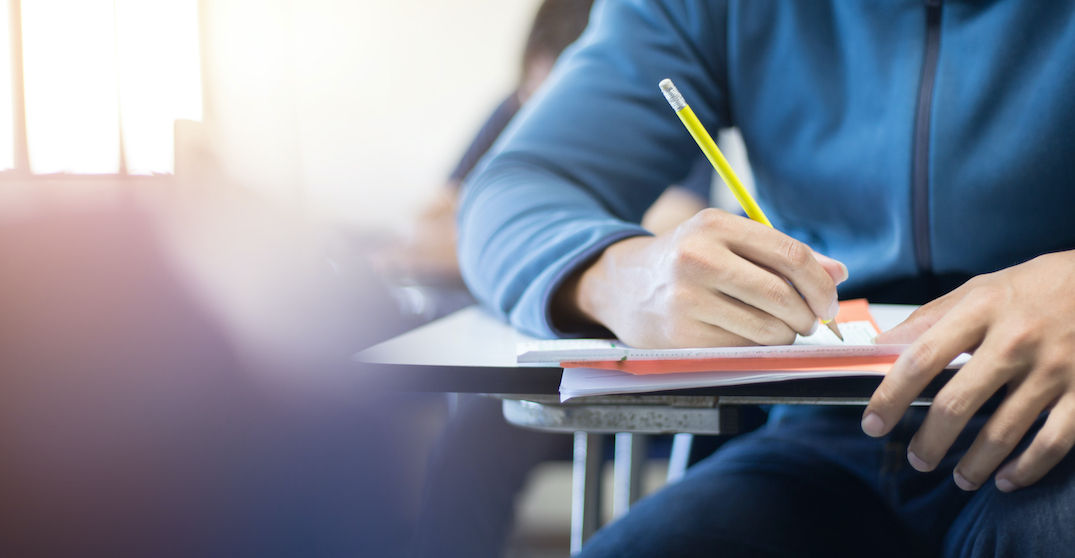 Elementary and high school students across Quebec are exempt from taking ministerial exams as schools prepare to physically reopen across the province.

Education Minister Jean-François Roberge made the announcement on Friday afternoon amid a surge of COVID-19 transmission and stricter guidelines across the province.

Roberge says a series of measures will be implemented for when students return to classes as a way to navigate the remainder of the school year during the pandemic. Roberge says Quebec has entered “hard times” and acknowledged that the education system has to do things “differently.”

All ministerial exams up until the end of the year have been cancelled for primary and secondary school students across the province, and the first report card of the year — initially due on January 22 — has been pushed back to February 5.

Roberge says the school year’s second report card will be worth more than the first, giving students who have struggled during the pandemic the opportunity to catch up during the spring.

The education minister says Quebec has always “prioritized student attendance in the classroom,” differing from other provinces in Canada that favour remote learning.

Friday afternoon’s press release says all schools in Quebec now have the proper equipment in place to ensure all students across the province have access to a computer device that will let students work “from a distance.”

Once schools reopen, face coverings will be compulsory in classrooms for all students in Grade 5 and 6. Students in Grade 1 and 2 need to wear masks in the hallways, common areas, and on school buses. High school students and faculty will now be given two government-mandated disposable masks per day, which are to be worn indoors at all times.

Roberge said he understands parents’ concerns about the reopening of schools but stressed that for “most students, the best place to be is in school.”

He also said that air quality tests have been carried out in 3,300 schools across the province and that the ventilation results were “quite encouraging.” Roberge said only 3% of schools were “problematic” and that “alternative measures” to solve air quality are being put into place.