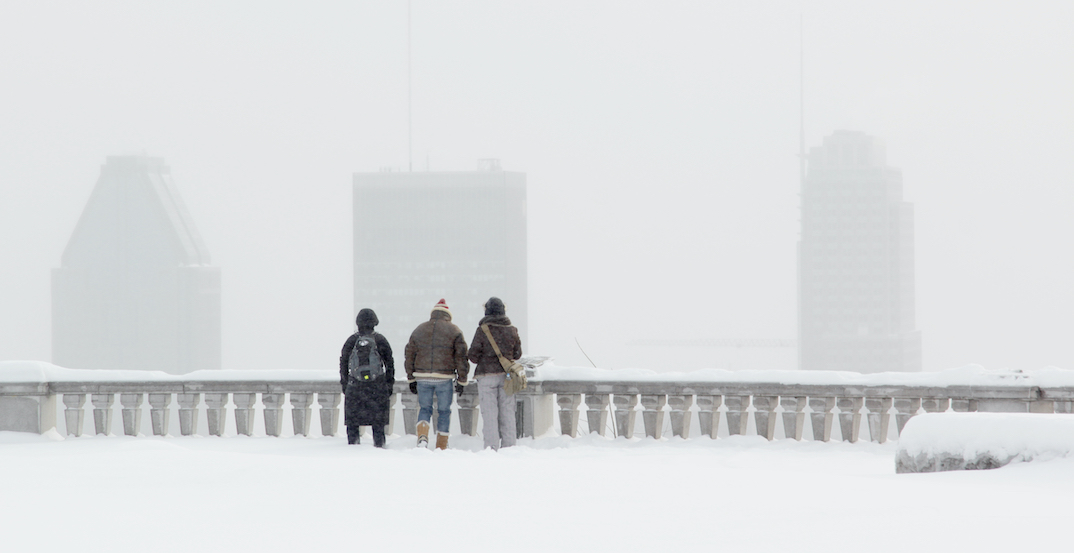 Mother Nature is ushering the new month by dumping loads of snow onto Montreal.

A special weather statement is in effect for the Montreal metropolitan area, calling for up to 15 cm of snowfall.

“An intense low-pressure system over the US Eastern Seaboard will continue to track northeastward today,” says Environment Canada. “The snow associated with this system will begin during the day and persist through Wednesday.”

Strong northeast winds combined with the snow could also “generate local blowing snow,” which could make for hazardous driving conditions (and plenty of shovelling).

Snowfall is expected to persist through to Wednesday afternoon before taking a break on Thursday and then another 4 cm on Friday. The forecast also calls for approximately five more centimetres on Sunday.

The special weather statement, issued just after 5 am on Tuesday morning, is in effect for the following areas:

According to The Weather Network’s long-term winter forecast, Quebec is slated for “extended periods of very mild weather” throughout the rest of February.

Until then, you might want to keep that shovel handy for the rest of the week.