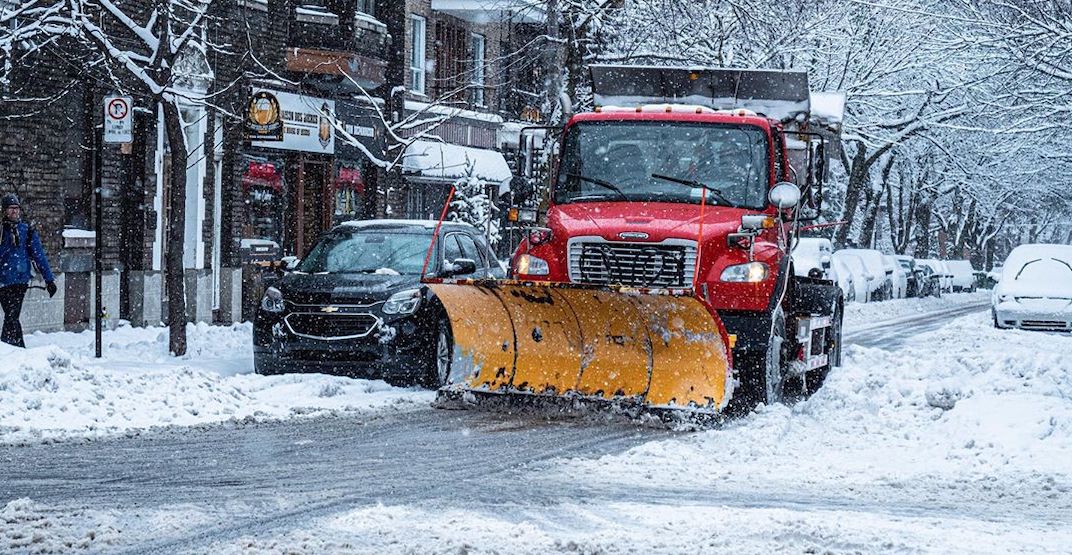 As Montrealer’s collectively stretch out their sore backs after a weekend of shovelling, 15 additional cm of snow is forecasted to hit the city between now and tomorrow afternoon.

With city-wide snow-clearing operations underway, officials expect a few more days of digging as they expect to finish by this coming Friday.

Just in time to take your boo out for Valentine’s Day.

While snow clearing operations began throughout the Metro Montreal area on Saturday morning at 7 am, the City of Montreal website predicts that only an average of 28% of the island’s snow has been cleared. 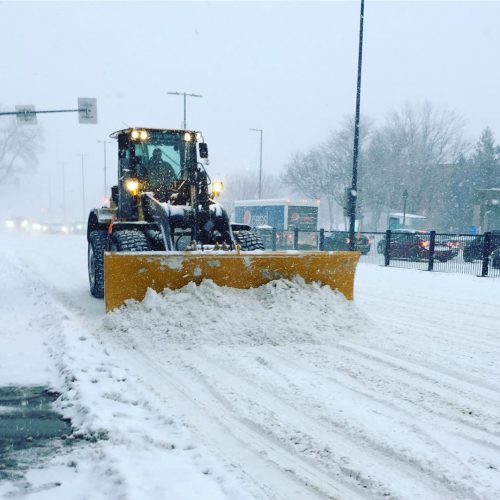 The site’s Snow Removal page, which is updated daily, tracks how many total kilometres of snow have been removed from streets throughout Montreal’s boroughs.

According to today’s numbers, Rivière-des-Prairies ─ Pointe-aux-Trembles is leading the pack with a total of 716 km of street snow removed compared to Outremont’s 87 km.

To learn more about snow removal throughout the city, visit Montreal’s website.